Australian Nick Kyrgios has made a promising start at an ATP 250 tournament in Germany this week. 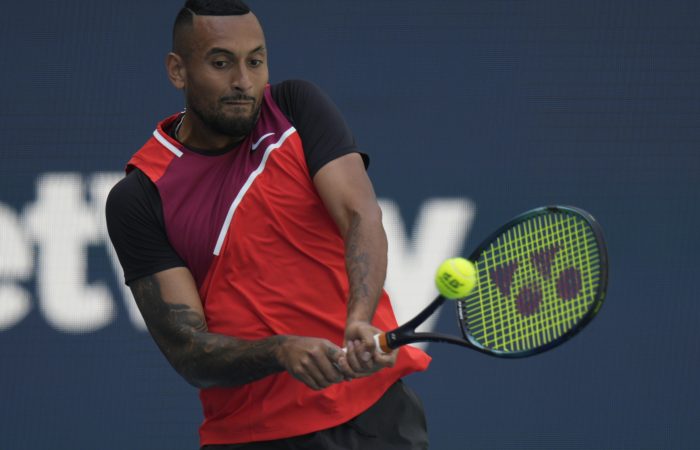 Nick Kyrgios is back on tour – and back in the winners’ circle.

The 27-year-old Australian fired 18 aces in a 7-6(3) 6-3 victory against Czech Jiri Lehecka in the opening round at an ATP 250 tournament in Stuttgart.

Kyrgios, who was competing in his first tour-level event in two months, did not drop serve in the 77-minute clash.

Fellow Australian Chris O’Connell’s winning run came to an end however, with the qualifier losing to former world No.1 Andy Murray.

Ajla Tomljanovic has made a winning start to her grass-court season, powering into the second round at a WTA 250 tournament in Nottingham.

The Wimbledon 2021 quarterfinalist recorded a 6-4 6-4 victory against China’s Wang Xinyu in first-round action.

While Jordan Thompson has continued his impressive form at an ATP Challenger event being staged concurrently at the venue.

The third-seeded Thompson beat Swiss qualifier Antoine Bellier 6-3 6-4 in the opening round to extend his current winning streak to six matches. It is the world No.74’s best winning run since October 2018.

It was a tough day for Aussie competitors at the Libema Open in s-Hertogenbosch, with five players losing their first-round singles matches.

Qualifier Olivia Gadecki, a 20-year-old from the Gold Coast ranked No.166, pushed world No.35 Anhelina Kalinina to three sets.