Australia's Thanasi Kokkinakis has moved into the quarterfinals at an ATP 250 tournament in Geneva. 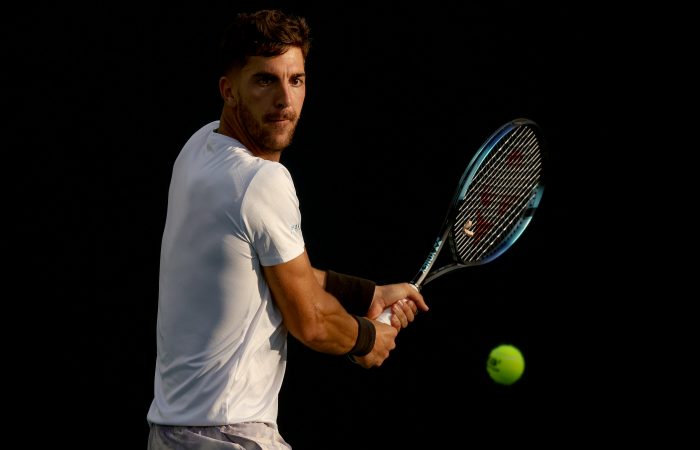 Thanasi Kokkinakis is enjoying a career-best run at an ATP 250 tournament in Geneva this week, advancing to his first tour-level quarterfinal on clay.

The 26-year-old Australian entered the event with only two career wins on clay at this level, both recorded during a third-round run at Roland Garros in 2015.

Now seven years later, Kokkinakis is proving once again he is a clay-court threat.

The world No.85 scored a steely 1-6 7-5 7-5 win against seventh-seeded Argentine Federico Delbonis in second-round action overnight, serving eight aces in the two-hour and 27-minute battle.

World No.8 Casper Ruud awaits in the quarterfinals, where Kokkinakis will aim to record his first top-10 win since beating then world No.1 Roger Federer at Miami in March 2018.

Kokkinakis is the last Australian standing in Geneva, after qualifier Chris O’Connell was eliminated by fourth seed Reilly Opelka in the second round.