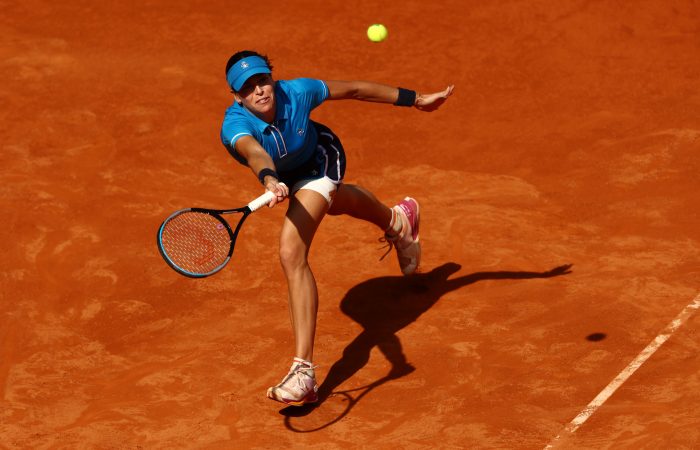 Ajla Tomljanovic and Astra Sharma have both booked quarterfinal spots at a WTA 250 tournament in Rabat.

While Sharma battled past 16-year-old wildcard Petra Marcinko 5-7 6-3 6-3 to advance to her first tour-level quarterfinal since July 2021.

Alex de Minaur has fought back from a slow start to eliminate local hope Ugo Humbert at an ATP 250 tournament in Lyon.

The fourth-seeded Australian grinded out a 1-6 6-3 6-2 victory against the world No.45-ranked Frenchman to move into the quarterfinals of the clay-court event.

Thanasi Kokkinakis and Chris O’Connell have both scored first-round wins against more experienced opponents at an ATP 250 tournament in Geneva.

Kokkinakis served seven aces and won 80 per cent of first service points in a 6-4 6-3 victory against former world No.9 Fabio Fognini.

O’Connell continued his impressive run, scoring his third consecutive win of the tournament. The 27-year-old Aussie qualifier beat world No.42 Albert Ramos-Vinolas 7-6(5) 6-4 in the opening round. The world No.124 served 11 aces and did not drop serve in the 103-minute encounter.

It is O’Connell’s fourth career top-50 victory – and second this season.

Daria Saville has lost a nail-biting first-round battle with German Anna-Lena Friedsam at a WTA 250 tournament in Strasbourg.

There was better news for Saville in the doubles competition, advancing to the semifinals with American partner Nicole Melichar-Martinez via a walkover. This is the 28-year-old’s first tour-level doubles semifinal appearance since July 2019.

Sam Stosur, who has started a new partnership with former world No.1 Latisha Chan, was knocked out in the opening round.