De Minaur through to third round at Rome

Alex de Minaur has scored a straight-sets win against American Tommy Paul in the second round at the Italian Open. 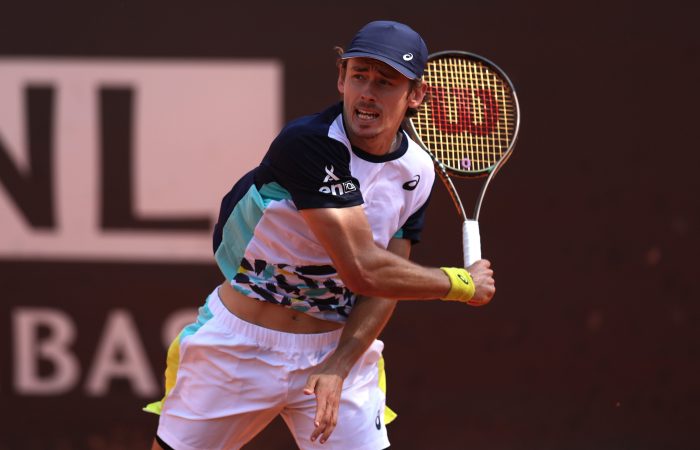 Alex de Minaur has continued his career-best run at the Italian Open, advancing to the third round for the first time.

The world No.22, who had never previously progressed beyond the first round in three previous appearances at the ATP Masters 1000 tournament, fought past American Tommy Paul 7-5 6-4 in second-round action today.

De Minaur’s victory sets up a showdown with No.2 seed Alexander Zverev. The 25-year-old German, who was a finalist in Madrid last week, leads their head-to-head record 5-1.

Storm Sanders is now the last Australian woman standing, after progressing through to the doubles quarterfinals alongside Chinese partner Zhang Shuai.

In men’s doubles, Australian Open 2022 finalists Matthew Ebden and Max Purcell made a winning start to their Italian Open campaign. They needed only 52 minutes to defeat Georgia’s Nikoloz Basilashvili and Kazakhstan’s Alexander Bublik 6-4 6-1 in the opening round.