Alex de Minaur advances to a first ATP semifinal since June 2021, after wins over Lloyd Harris and Carmeron Norrie at the Barcelona Open. 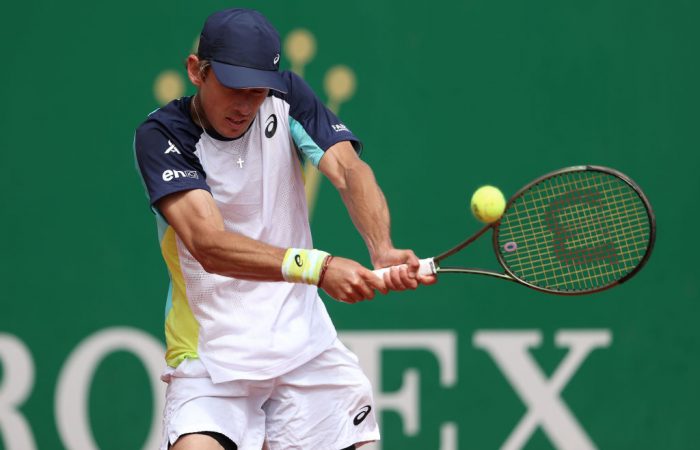 Alex de Minaur will face Carlos Alcaraz in the semifinals of the Barcelona Open, after wins over Lloyd Harris and Cameron Norrie overnight.

The Australian No.1 contested both matches in a single day at the ATP 500 tournament, which has been impacted by inclement weather.

It was a tale of contrasting matches for the 10th-seeded De Minaur, who led Harris 6-0 when the South African retired with injury.

But Norrie posed a far different challenge, with their three-set battle spanning two hours and 12 minutes.

De Minaur converted seven of 20 break point opportunities in a 6-3 5-7 6-1 win over the No.4 seed, who had earlier outlasted Marton Fucsovics in a three-hour, 23-minute quarterfinal.

The 18-year-old Alcaraz has surged to world No.11 in his stellar 2022 season, which includes titles in Rio and Miami.

De Minaur will contest his first semifinal since Eastbourne last June, when he went on to claim a first grass-court title.

It will mark a first ATP-level semifinal on clay for the 23-year-old De Minaur, who currently sits at world No.25 in the rankings.

Ajla Tomljanovic exited the Istanbul Open in the quarterfinals, with Yulia Putintseva claiming a come-from-behind win over the Australian.

Tomljanovic was contesting her first quarterfinal of the 2022 season at the WTA 250 tournament.