Daria Saville continues to impress in her tour return, qualifying for a WTA 1000 event at Indian Wells. 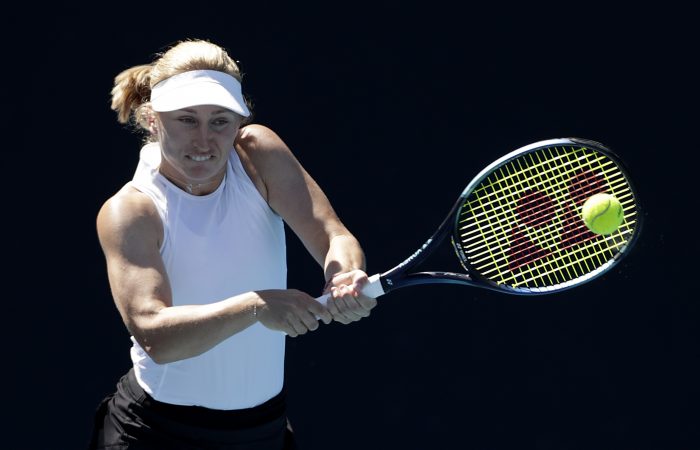 The 28-year-old from Melbourne scored a 6-0 3-6 6-3 victory against seventh-seeded Pole Magdalena Frech in final qualifying round action today.

Strong returning from Saville helped her take control in the two-hour and six-minute battle, converting eight of the 16 break points she earned against the world No.88.

It is the second top-100 win of the season for Saville, who is currently ranked No.409 and contesting only her fifth tour-level tournament after missing eight months last year due to injury.

Saville, who faces China’s Zhang Shuai in the opening round, joins compatriot Ajla Tomljanovic in the main draw of the prestigious hard-court event.

Making her sixth main draw appearance at Indian Wells, Saville is aiming to better third-round runs recorded in 2017, 2018 and 2019.

Astra Sharma’s bid to qualify at Indian Wells for a second consecutive year is over, losing to Bulgarian Viktoriya Tomova in straight sets in the final qualifying round.

Meanwhile, four Australians have progressed to the final round in the men’s qualifying singles competition.