Daria Saville makes significant progress in rebuilding her ranking after reaching the Guadalajara quarterfinals, while other Australians enjoy career highs. 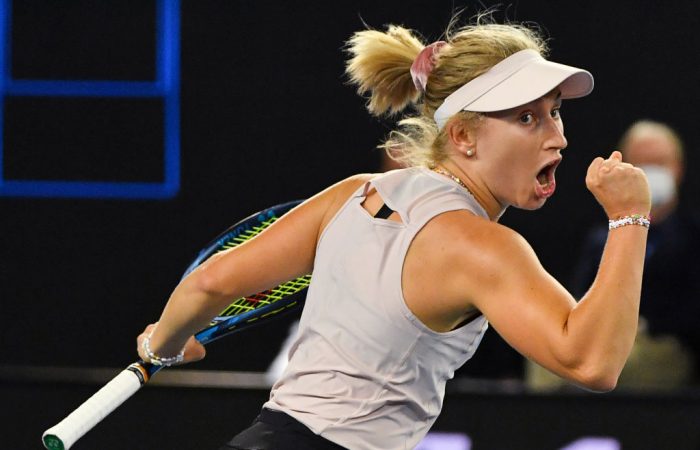 Daria Saville’s quarterfinal run at the Abierto Akron Zapon in Guadalajara, Mexico, has delivered a significant rankings boost, with the Australian moving from outside the world’s top 600 to No.410 this week.

Saville is rebuilding her ranking after undergoing Achilles tendon surgery in February 2021, which sidelined her her for most of the year.

Contesting her first individual tournament outside Australia since Roland Garros last September, Saville featured in a marathon first round, which saw Emma Raducanu retire with injury.

At three hours and 36 minutes, it was the longest match of the season so far.  After another win over American qualifier Caroline Dolehide, Saville exited to Sloane Stephens in three sets.

Saville’s previous-best singles ranking was world No.20 in mid-2017.

Arina Rodionova was the other mover of note on the WTA Tour women’s singles rankings, with the 32-year-old moving 13 places to world No.179.

Ash Barty, who is yet to return to the tour after her Australian Open 2022 triumph, enters a 117th week at world No.1.

De Minaur climbed to a career-high world No.15 after winning Eastbourne in June 2021 but dipped in form and ranking after a COVID diagnosis in July.

The top-ranked Australian man’s successful start to the 2022 season included a first appearance in the Australian Open’s second week.

Aleksandar Vukic and Max Purcell each improved on the career-high rankings they achieved last week – Vukic moves one spot to No.117, while Purcell edged two places to No.167.

Storm Sanders sits at a career-high WTA doubles ranking,peaking at world no.17 this week.

The 27-year-old is one of two Australian women inside the doubles top 20 and five in the world’s top 100.