Chris O’Neil, the last Australian player to triumph at the Australian Open 44 years ago, is delighted at the possibility of world No.1 Ash Barty taking that mantle. 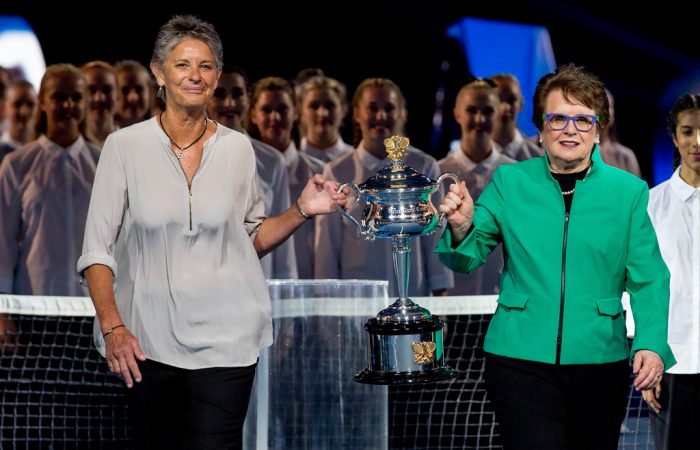 The last home-grown Australian Open women’s champion is happy to pass on the baton after 44 years of being the answer to a trivia question.

Chris O’Neil lifted the Daphne Akhurst Memorial Cup at Kooyong in 1978 and has eagerly made the trip from her home in Port Macquarie in the hope of witnessing more Australian tennis history.

“I’ve had a bit of fun with it, because it’s been a trivia question. One that people have usually got wrong.” O’Neil said of tonight’s Australian Open women’s final between Australia’s Ash Barty and American Danielle Collins.

“I’m very happy and very honoured to be asked down to be a part of it this year. Ash is an incredible tennis player and seems like a wonderful human being. It’s exciting for Australian tennis.”

Wendy Turnbull reached the women’s final in 1980 in the same year that Kim Warwick played off on the men’s side, with Pat Cash (1987 and 1988) and Lleyton Hewitt (2005), the other Australians to compete in the decider since O’Neil’s triumph.

“It will be quite an occasion if I can be part of the drought being broken,” O’Neil added.

A lot has changed in the years since O’Neil’s barnstorming run to Grand Slam glory, with the now 65-year-old reflecting on how different things are in 2022.

“There was actually nothing that was similar. It was a different venue, different racquet technology, different court surface, different money,” she joked.

“Plus, we have social media and all that sort of stuff these days.

“This is an incredible venue. Not that Kooyong wasn’t fun as well, but that was a very different era.”

O’Neil has followed the progress of Barty since the younger Australian’s early years on tour and was always confident she might be the one to finally take the mantle.

“I’m glued to the Australian Open and all the other majors and it’s just been wonderful to see her progression through.

“She’s just so normal and natural, which I think everyone loves and appreciates about her.

“I think she does all of the right things. She looks really comfortable out there, she looks confident, she looks happy.”

Asked what she would say if she could speak to Ash before tonight’s contest, O’Neil’s advice was straightforward.

“Just do what you’ve been doing. She looks like she has it all under control and she’d be my pick.

“Provided she does the same thing she’s been doing all tournament in dismantling their game, I think she’s on track because she just looks comfortable.”