Australia's Ash Barty is anticipating a battle when she meets American Danielle Collins in the Australian Open 2022 women's singles final. 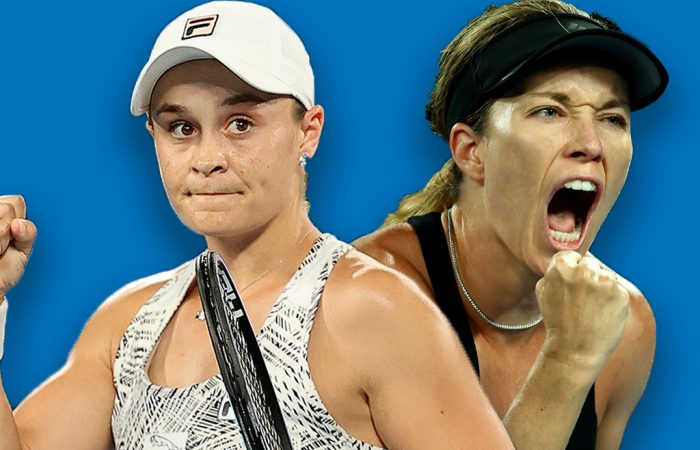 Ash Barty is one win away from capturing her maiden Australian Open women’s singles title.

Standing in her way is No.27 seed Danielle Collins, an opponent Barty knows won’t be easy.

“She’s one of the most fierce competitors out here,” Barty said. “She loves to get in your face and loves to really take it on.”

Although Barty leads their head-to-head record, they have a history of tight contests.

Collins has advanced to her first Grand Slam final and is now looking forward to the opportunity to test herself against the world No.1.

“I think every time we played we have battled, and they have been some really fun matches,” said Collins.

“Even the matches that I have lost have been some of my most memorable moments on court, because of the way we were battling and going back and forth.”

The world No.30, who is unbeaten in tour-level finals, has a lot of respect for the top-ranked Australian.

“Something I really admire about Ash’s game is her variety, you know, playing a different game style than pretty much all of the players on tour,” Collins noted.

“We’re going to have another battle hopefully and put on a good show for everyone.”

The 28-year-old American, whose previous best Australian Open result was reaching the semifinals on debut in 2019, knows it will be difficult facing the Australian favourite.

Yet Collins isn’t daunted about playing in front of a patriotic crowd.

“That’s something that I really thrive in, whether I have a full crowd going for me or whether I have the opposite or somewhere in the middle,” said Collins.

“I really just love the energy. I think that’s what all professional athletes play for. I’m just really excited to go out there and compete.

“I realise that there is going to be a lot of people supporting Ash, (but) it’s all in good spirit.”