Ash Barty: “I’ll go out there and embrace it” 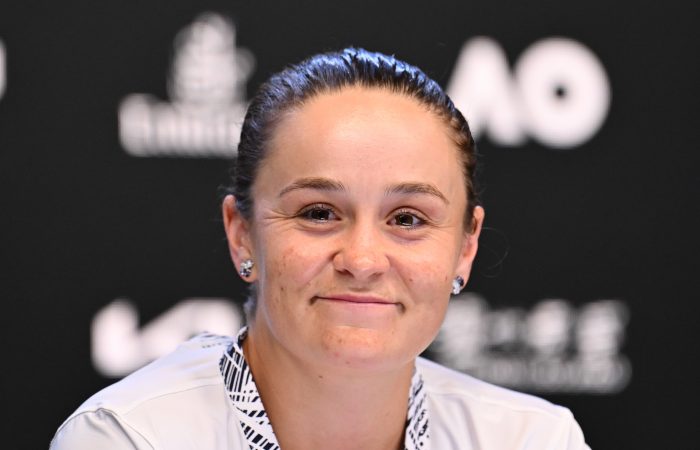 As Ash Barty prepares for the biggest Australian Open match of her career, there is no hiding her excitement.

“To be in the finals weekend of your home Grand Slam is what a lot of Aussie players dream of,” Barty said.

“It’s going to be an incredible experience … I can’t wait to go out there and enjoy it.”

The 25-year-old from Queensland has created history by progressing to tomorrow night’s women’s singles final against American Danielle Collins, becoming the first local contender to reach this stage since Wendy Turnbull in 1980.

Now she is hoping to become the first Australian women’s singles champion since Chris O’Neil in 1978.

“(I’ll) absolutely embrace it. You have to. It’s fun,” Barty said when asked if she planned to ignore the excitement building across the nation.

Barty, whose previous best Australian Open result was a semifinal appearance in 2020, has won 21 of her past 25 matches at Melbourne Park.

“It’s brilliant to be playing in the business end of your home Slam. I’m not going to lie about that. It’s amazing,” she said.

“I think being able to experience it multiple times has been incredible, but Saturday’s going to be a new experience for me. So I’ll go out there and embrace it, smile, try and do the best that I can. Whatever happens, happens.”

The world No.1 is yet to lose a set so far this tournament and has only conceded 21 games in total across her six matches.

Barty is currently also on a 10-match winning streak, having scooped the Adelaide International title earlier this month.

“I’m really looking forward to having one last crack here, to really go out there and enjoy it.”