World No.1 Ash Barty has charged into the Australian Open 2022 women's singles final, a career-best result for the 25-year-old Australian. 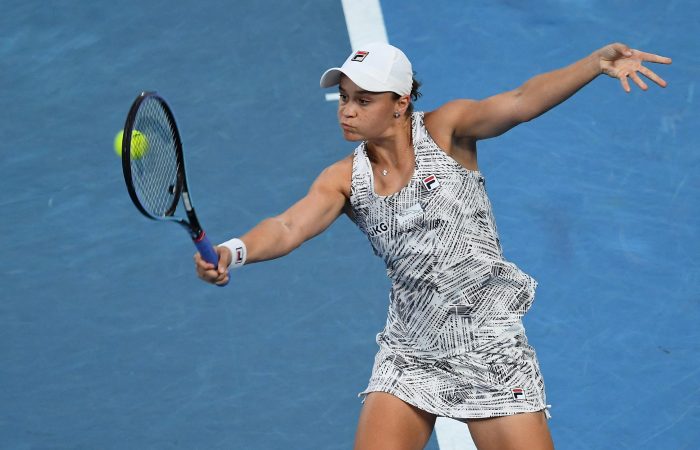 For the first time in 42 years, an Australian has progressed to the Australian Open women’s singles final.

Ash Barty booked her place in this year’s championship match with a commanding 6-1 6-3 victory against American Madison Keys at Rod Laver Arena tonight.

“I love this tournament, I love coming out here and playing in Australia. As an Aussie we are exceptionally spoiled that we are a Grand Slam nation and that we get to play at home, play in our backyard … now we have a chance to play for a title. It’s unreal.”

The world No.1 made a strong start, breaking Keys in the opening game of the tournament’s first-ever women’s singles semifinal played in a night session.

Barty shone in the prime-time setting, taking the opening set in 26 minutes. She hit seven winners and lost only five points on serve.

A rattled Keys, on the other hand, managed just three winners and committed 14 unforced errors.

The ever-determined Barty stayed focused in the second set, breaking in the sixth game and then holding to love to move ahead 5-2.

World No.51 Keys forced Barty to serve it out, which she dutifully did to secure victory after 62 minutes on court.

The 25-year-old Barty becomes the eighth Australian in the Open era to advance to an Australian Open women’s singles final and is the first to do so since Wendy Turnbull in 1980.

She is also the first Australian woman to reach this stage since Melbourne Park opened in 1988.

If Barty continues her winning run, she could become just the fifth Aussie woman in the Open era to claim an Australian Open singles title. The most recent champion was Chris O’Neil in 1978.

Note: Bold = Champion. Two separate editions of the tournament were held in 1977 (in January and December)

The top seed has won three of their four previous career meetings, however Collins won their most recent clash at last year’s Adelaide International.

“(I’ll) come out here on Saturday, enjoy it, have a massive smile on my face and see what happens,” Barty said.