While reigniting memories of earlier Grand Slam successes in her dazzling run to the semifinals, Ash Barty is showing a new level of dominance at AO 2022. 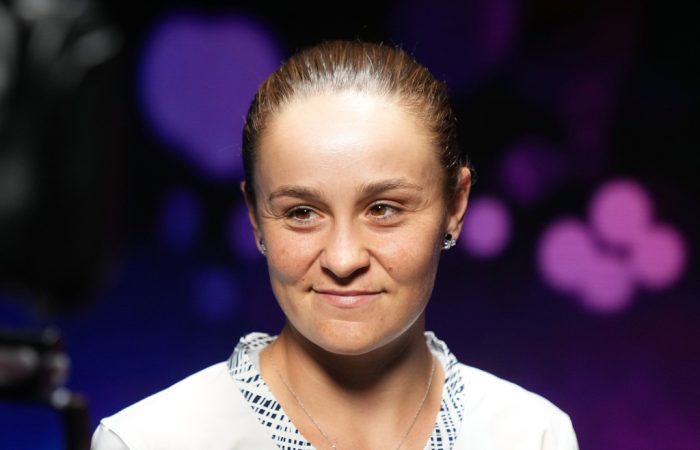 Ash Barty is far too sensible to look for ‘signs’ in the breathtaking campaign she has so far staged at AO 2022.

But many who are taking careful note of the world No.1’s rapid progress at Melbourne Park can’t help but note the synchronicity with her Roland Garros breakthrough in 2019.

Jessica Pegula and Amanda Anisimova were among the players that Barty defeated in her path to a first Grand Slam title in Paris – those same players are among those that Barty has defeated at Melbourne Park this year.

Tonight, the 25-year-old Queenslander meets the resurgent Madison Keys, who Barty also dismissed at Roland Garros three years ago. While that encounter was a quarterfinal, the Australian is delighted to meet Keys in a semifinal this time.

“She deserves to be at the top of our game,” said Barty of the popular American, who overcame injury and illness last year. “It’s just amazing to see her back here doing what she does best and loving it.”

But if there’s a sense of familiarity as Barty meets Keys for the first time since that Roland Garros contest, there are undeniable differences too.

“I’ve grown as a person and as a player,” noted the No.1 seed, who added to her major trophy collection at Wimbledon last year.

“I feel like I’m a more complete tennis player. I’ve obviously got a couple more years of experience under my belt.”

Indeed, the contrasts between Barty’s ‘then’ and ‘now’ are measurable in some impressive ways.

At Roland Garros in 2019, she persisted through some three-set battles. Recovering from a set and 0-3 deficit in her semifinal against Anisimova, the Australian survived a match of extraordinary momentum swings.

There’s been no such suspense in Barty’s ninth Australian Open appearance, with each match a sound straight-sets progression. Surrendering only 17 games in five matches, the local star has required an average of just over an hour to secure each win.

And while Barty’s courtcraft has long been remarkable, the brilliance seems illuminated at this Slam.

Ash Barty on picking up a win with Rod Laver in the crowd:

"It's so nice to have him enjoying his own house, his own court. He was unbeatable. I'm certainly not."

"He's iconic. And in the same breath he's also a down-to-earth Queenslander who just loves his sport." #AusOpen pic.twitter.com/pJYPmuiL90

“I think obviously Roger has one of the most exceptional slice backhands in the game. Mine’s a long way off that. Absolutely, no stretch of the imagination we are even on the same page at all.”

Yet much like Federer did some years ago, Barty has taken a firm hold of the world No.1 ranking and regardless of what unfolds in her next matches, she’ll soon spend her 113th week in top spot.

Those heady heights were yet to be experienced when she triumphed at Roland Garros to claim a first Slam.

“There have been learnings, without a doubt,” Barty acknowledged of the pressures that accompanied her No.1 position, which she first claimed in June 2019 and has maintained every week since 9 September that year.

“It’s been a lot of fun trying to continue to grow and get better every day, develop as a person as well as a tennis player,” she said, crediting the team effort her development process entails.

“They definitely go hand-in-hand for me and my team, the way that we’re able to communicate, work together, and lighten up, have fun with it, but also really switch on and go to work when we need to,” said Barty.  “I think our balance is brilliant.”

It’s a typically positive outlook that points to the most accurate comparisons of the Barty who claimed her first Grand Slam title in 2019 and is striving for a third major trophy in Melbourne this year.

Going from strength-to-strength as a player and always enlightening as a person, some role model values provide a superb foundation for Barty’s success.