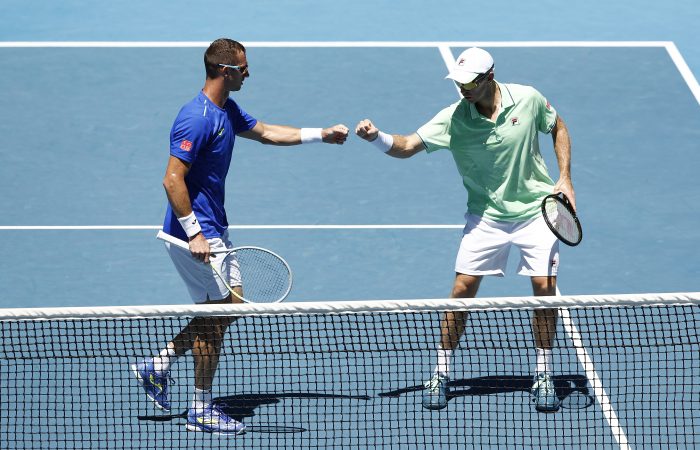 Peers and Polasek scored a 6-1 6-2 victory against the No.12-seeded Germans, firing seven aces and not losing a service game in the 65-minute clash at John Cain Arena.

“The way we played today was just amazing,” said world No.9 Polasek.

“It’s always great to play in front of the Aussie crowd and with an Aussie boy next to me, it’s even better.”

This is the third time that Peers has advanced to an Australian Open men’s doubles quarterfinal – and the first time since 2019.

Peers and Polasek, who have now won 21 of their past 25 matches together, are both aiming to capture a second Australian Open men’s doubles title.

“We’re taking it one match at a time, one point at a time and we’ll see if we can keep producing some sort of level like that,” world No.12 Peers said of their title chances.

Nick Kyrgios and Thanasi Kokkinakis have also continued their winning run, eliminating No.15 seeds Ariel Behar of Uruguay and Gonzalo Escobar of Ecuador in a three-set battle.

They’ll face sixth seeds Tim Puetz of Germany and New Zealand’s Michael Venus next, after they advanced via a walkover from Aussie wildcards Chris O’Connell and Jason Kubler.