Chris O'Connell pushes Maxime Cressy before his career-best Australian Open campaign ends in the third round. 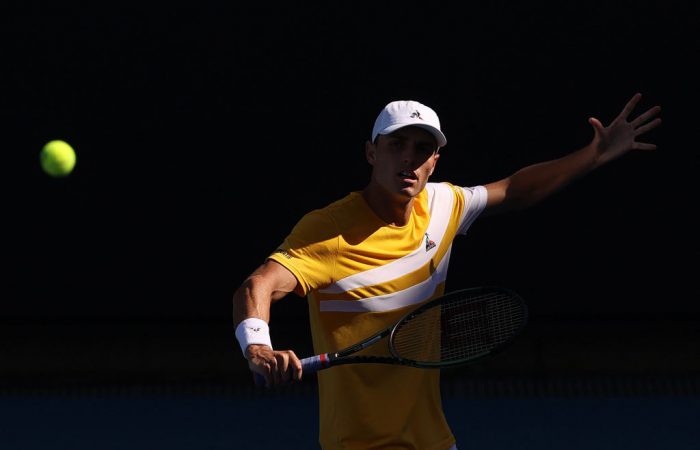 America’s Maxime Cressy has ended the golden run of Christopher O’Connell in a high-octane third-round clash at Australian Open 2022.

The World No.70 fired down 28 aces and smashed 71 winners as he continued a super start to the 2022 season with a four-set win.

O’Connell started well, generating two break points in Cressy’s opening service game before the big-serving American thumped down a series of unplayable balls to dig himself out.

The Australian appeared to injure his right hip in the middle stages of the set, and as he began to labour, Cressy pounced, breaking serve twice to take the opening set 6-2.

“I did it on the first point of the match. I stumbled wide after a forehand,” O’Connell revealed post-match.

“I’m a bit sore, but with treatment it seemed to be ok. I’m not sure how I’m going to pull up though.”

O’Connell was moving better in the second set, and neither player was threatened on serve as it raced to a tiebreak.

O’Connell established a 4-1 buffer in the breaker before Cressy peeled off five points in a row to give himself two set points.

But then it was the Australian’s turn, with O’Connell rattling off the next four to level the contest at a set apiece as the Court 3 crowd erupted.

The third set was a masterclass from the American, dropping only four points on serve throughout.

Cressy would also break in the opening game, which would be the difference as he took a two-sets to one lead.

In the fourth set Cressy again broke serve early, before fighting off a spirited challenge from O’Connell in the fourth game of the set, in which the Australian created a break point opportunity.

He will now face the tournament’s top seed Daniil Medvedev in the fourth round.

For O’Connell, a career-best run in a major provided a solid foundation for further success.

“It’s definitely the highlight of my career so far. To play some big matches this week has been awesome,” he enthused.

The week also gives O’Connell a rankings boost having entered the tournament at 175 in the world, and with that comes greater options with the schedule.

“My ranking dropped a bit at the end of last year. I haven’t seen it today, but I think it’s back around 140.” O’Connell said.

“That would get me into Indian Wells qualifying, Miami qualifying so it changes my planning a little bit moving forward.”

> READ: Chris O’Connell “The belief is always there”