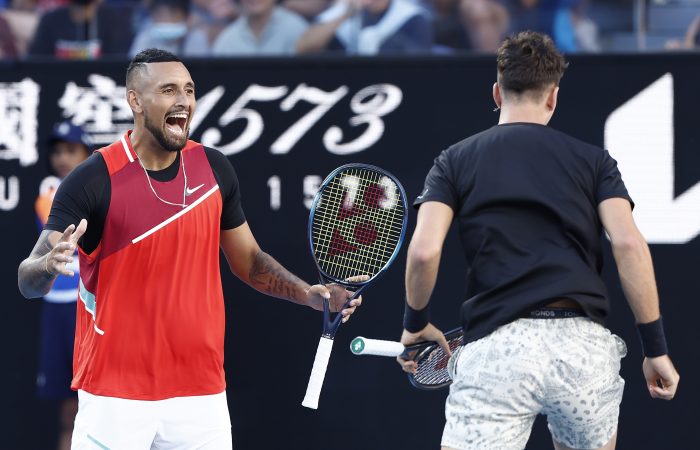 World No.2 Mektic and world No.1 Pavic won nine titles together during the 2021 season, including at Wimbledon and the Tokyo Olympic Games. However, had no answers for the big-serving Australians this evening.

The 26-year-old Kyrgios and 25-year-old Kokkinakis fired 17 aces and won 88 per cent of first serve points in the 94-minute victory.

This effort propels them into the third round of an Australian Open men’s doubles draw for the first time.

Beating the No.1 seeds with your mate.

It is the sixth time that world No.12 Peers has advanced to the third round at the Australian Open and the fourth year in a row he has reached this stage.

Neither 28-year-old Kubler or 27-year-old O’Connell had won a Grand Slam doubles match before this tournament.

The 20-year-old Sweeny and 25-year-old Tu posted a 7-6(6) 6-4 second-round win against Treat Huey of the Philippines and Indonesia’s Christopher Rungkat.

There's nothing like winning at your home Grand Slam 🇦🇺