The men's and women's singles draws for Australian Open 2022 are set. Find out who our Aussie contenders face in the opening round ... 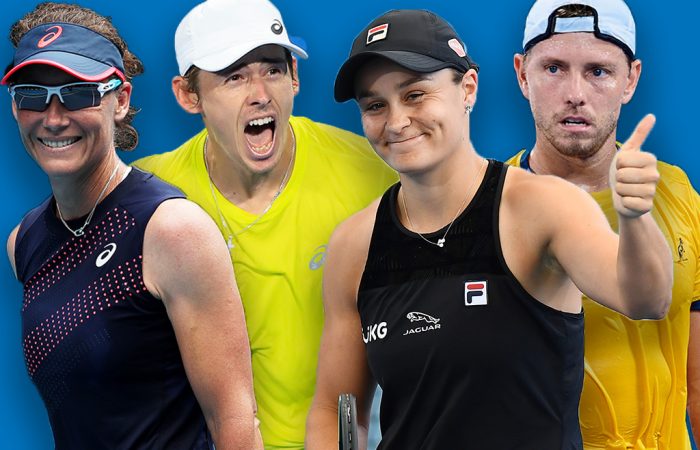 The Australian Open 2022 men’s and women’s singles draws are set.

Sam Stosur, a wildcard entry playing the final singles event of her Grand Slam-winning career, has drawn American Robin Anderson in the opening round. It is the 37-year-old’s 20th Australian Open, tying Lleyton Hewitt for most main draw appearances by an Australian player.

Alex de Minaur leads the Australian contenders in the men’s singles draw. The 22-year-old is the No.32 seed and has been pitted against Italian teen Lorenzo Musetti in the opening round.

James Duckworth faces Frenchman Adrian Mannarino in the first round, while Alexei Popyrin meets world No.58 Arthur Rinderknech in a tough first assignment.

In-form wildcard Thanasi Kokkinakis, who has just advanced to back-to-back ATP semifinals for the first time in his career, plays German qualifier Yannick Hanfmann in the first round.