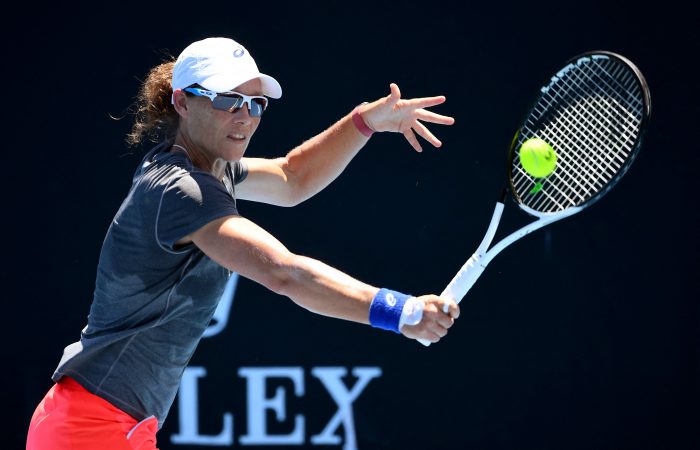 Sam Stosur and Chinese partner Zhang Shuai have made an impressive start to the 2022 season, progressing to the Melbourne Summer Set doubles quarterfinals.

Stosur and Zhang have claimed two Grand Slam doubles titles together, most recently at last year’s US Open, and have now won 13 of their past 15 matches as a team.

Australian Monique Adamczak and China’s Han Xinyun await in the quarterfinals for the AO 2019 champions.

Adamczak made a promising tour return alongside Han, scoring a 6-1 6-2 victory against Japan’s Nao Hibino and Poland’s Alicja Rosolska this evening.

It is 38-year-old Adamczak’s first tour appearance since March 2020 and the 56-minute victory marks the former world No.44’s first win on home soil since Australian Open 2019.