The Melbourne Summer Set, played at Melbourne Park from 3-9 January, will feature many Australian players. 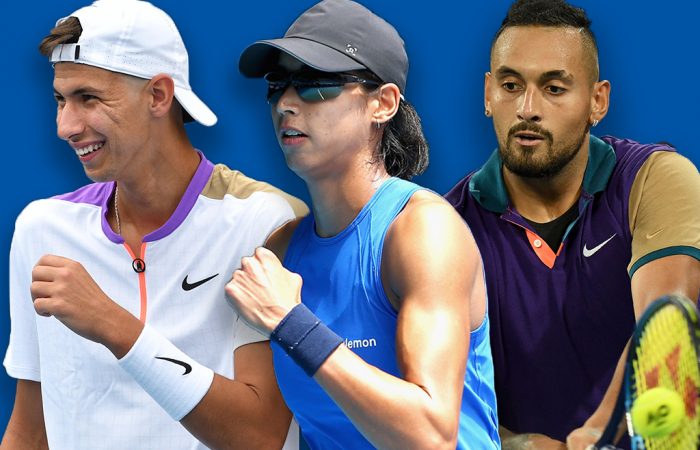 The draws have been announced for this week’s Melbourne Summer Set, which will be played at Melbourne Park from 3-9 January.

There will be jam-packed action as three tournaments (one ATP and two WTA) are played concurrently across the venue.

An all-Australian battle is set for the opening round of the Melbourne Summer Set ATP tournament, with Jordan Thompson facing fellow Sydneysider Chris O’Connell.

Although they practice together regularly, Thompson and O’Connell have only played once before at professional level – at an ITF Futures tournament in Croatia in 2014.

Alexei Popyrin, the top-ranked Aussie in the draw, begins his campaign against Italy’s Stefano Travaglia. While Nick Kyrgios has been pitted against Slovakian Alex Molcan.

The Australian contenders in the men’s qualifying singles competition – Marc Polmans and Rinky Hijikata – have both been handed tough tests in their opening matches of the new season.

A further four Australians will contest the qualifying competition, including 16-year-old Western Australian Taylah Preston in her WTA-level debut.

World No.98 Astra Sharma is one of three Australian wildcards in the Melbourne Summer Set WTA 250 #2 draw.

The 26-year-old from Perth is joined by Ellen Perez and Sam Stosur, who recently announced she plans to end her singles career at the conclusion of the Australian summer.

Tickets to the Melbourne Summer Set are now on sale with prices beginning at $19 for main draw matches. Kids can attend for free.