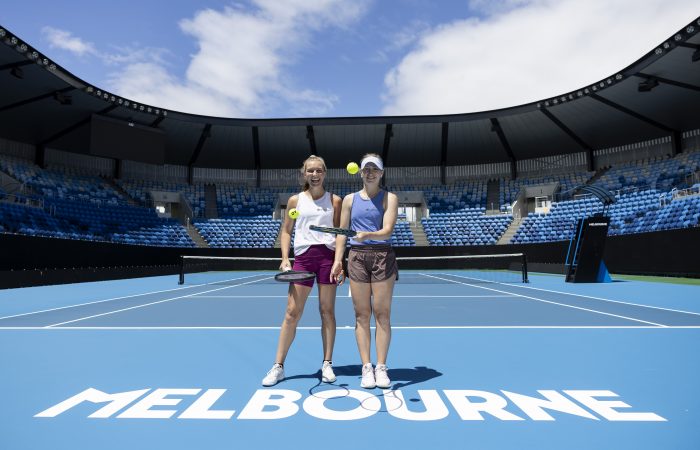 The 5000-seat stadium will be open to ground pass holders during the 17-30 January event, offering a state-of-the-art viewing opportunity as the world’s best players compete.

Inglis, a 23-year-old from Perth, is set to make her third Australian Open main draw appearance. The world No.140 won five WTA main draw matches during a career-best 2021 season and extended Olympic champion and world No.12 Belinda Bencic to three sets in September.

“I’m really, really excited,” Inglis said of receiving a wildcard. “It’s my favourite tournament of the whole year … so I can’t wait.”

“I’ve had 10 months off and was working really hard to get back, so I’m really excited to have a chance and the opportunity to play in the main draw of the Australian Open,” Saville said.

Sanders has been rewarded with a wildcard following a career-best season. The 27-year-old, whose ranking peaked at world No.119 in October, last contested an Australian Open singles main draw in 2016.

Stosur, the US Open 2011 champion and former world No.4, is set to make her 20th Australian Open main draw appearance. The 37-year-old has previously advanced to the fourth round twice, in 2006 and 2010.

Further AO wildcard announcements will be made in due course.