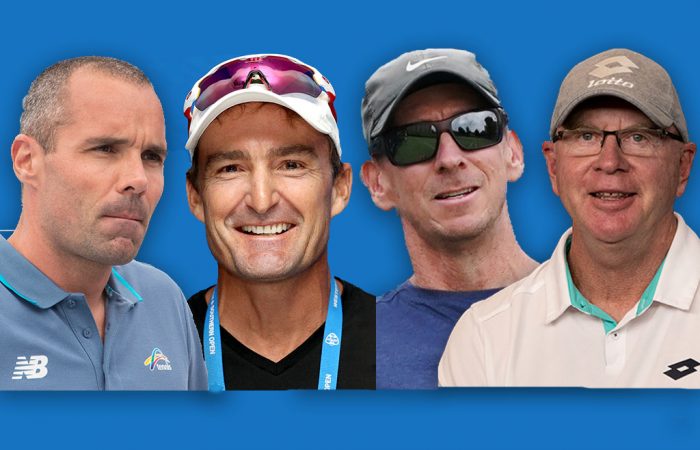 With Australia boasting some of the world’s best high-performance coaches, Coaching Excellence – Performance is always a fiercely-contested category at the annual Australian Tennis Awards.

This year is no exception, with four leading Australian coaches named as finalists for the honour.

Wayne Arthurs (Qld): The former world No.44 guided James Duckworth to new highs in 2021, with his charge making his top-50 debut, reaching a first ATP final and scoring three top-20 wins. These efforts propelled Duckworth to No.2 in the Australian rankings.

David Taylor (Qld): The experienced Taylor, who has previously worked with Sam Stosur and Alicia Molik, supported Gold Coast teen Olivia Gadecki in her first season on tour. The 19-year-old ended the year in the Australian top 10 in both singles and doubles.

Craig Tyzzer (Vic): Tyzzer played a pivotal role in Ash Barty’s stunning 2021 season, which included her Wimbledon triumph. He spent six months abroad with the world No.1, with Barty winning five singles and one doubles title for the year.

The award is presented to a high-performance coach delivering a quality, comprehensive, holistic program that focuses on the technical, tactical, physical and psychological development of players. The coach must also travel regularly to tournament with a high-performance player who has achieved outstanding results in the past year.

The winner will be announced at the Australian Tennis Awards tomorrow, on Friday 17 December.

Taylor and Tyzzer are both two-time recipients of this award, while Arthurs and Vogelsberger are hoping to receive the accolade for a first time.