World No.1 Dylan Alcott is the 2021 ITF World Champion in the quad wheelchair division. 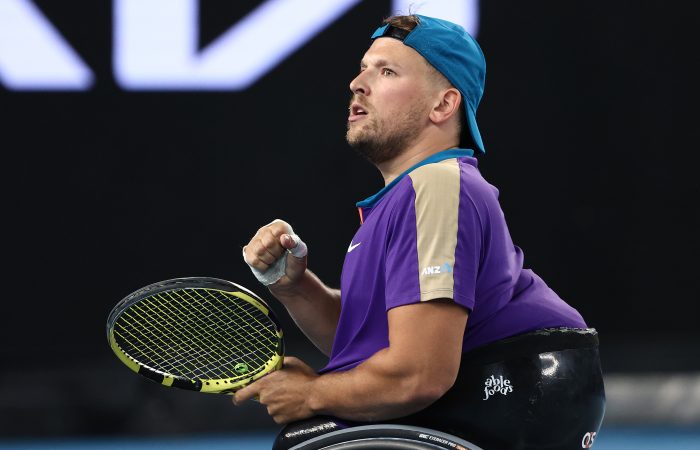 The International Tennis Federation has recognised Dylan Alcott’s outstanding season, declaring the Australian as the 2021 World Champion in the quad wheelchair division.

“To be honest, I just felt extremely grateful that I could travel round the world and do my job this year, especially with everything that’s going on in the world and in Australia. It was a team effort and there were lots of ups and downs, but we managed to get it done.”

The 31-year-old created history in 2021, becoming the first male tennis player to complete a Golden Slam (winning all four major singles titles, plus a Paralympic gold medal, in the same calendar year).

Alcott’s singles win-loss record for the season was a remarkable 21-1, with his sole loss in the semifinals of the French Riviera Open in June.

“This year I’ve had the proudest moments probably in my whole career, which is pretty awesome,” the world No.1 said.

“I’m really stoked that I could finish it off with the Golden Slam and I’m really looking forward to my last tournament coming up at the Australian Open.”

More accolades could follow, with Alcott a contender to win the coveted Newcombe Medal at the Australian Tennis Awards later this week.