Ash Barty's stellar 2021 season has been recognised, with the Australian receiving WTA Player of the Year honours. 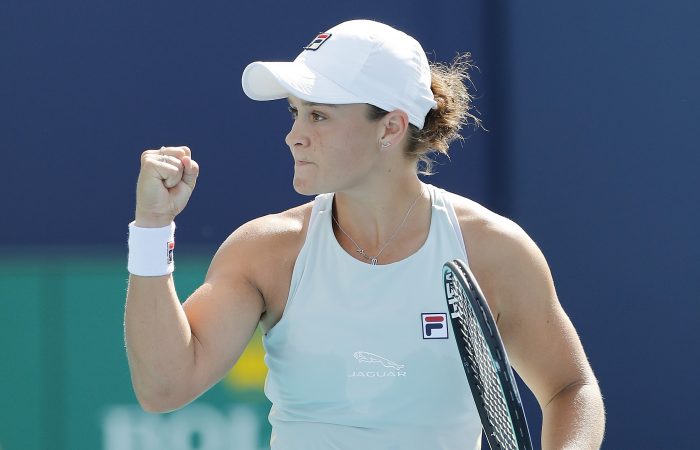 Australia’s Ash Barty has won the coveted WTA Player of the Year Award.

It is the second time the 25-year-old has received the award, which is voted on by members of the international media.

Barty was recognised for her stellar season, where she built a 42-8 win-loss singles record and won a tour-leading five titles. This included her stunning Wimbledon triumph, where she become only the third Australian to claim the ladies’ singles title at the All England Club.

The Aussie progressed to the quarterfinals or better in nine of the 13 tournaments she contested for the year and held the No.1 ranking for the full season.

Other winners in the annual awards were:

WTA Most Improved Player of the Year: Barbora Krejcikova (CZE)

Barty already has her sights on more success in the 2022 season and recently begun her preseason training.

“I’ve been working hard on and off court, doing everything I possibly can to get ready for January,” she told tennis.com.au last week.

“The first few weeks of preseason are always tough physically.”

> READ MORE: World No.1 Barty back to work