The Sport Australia Hall of Fame has honoured Australian tennis legend Evonne Goolagong-Cawley, recognising the impact of her achievements from a stellar career. 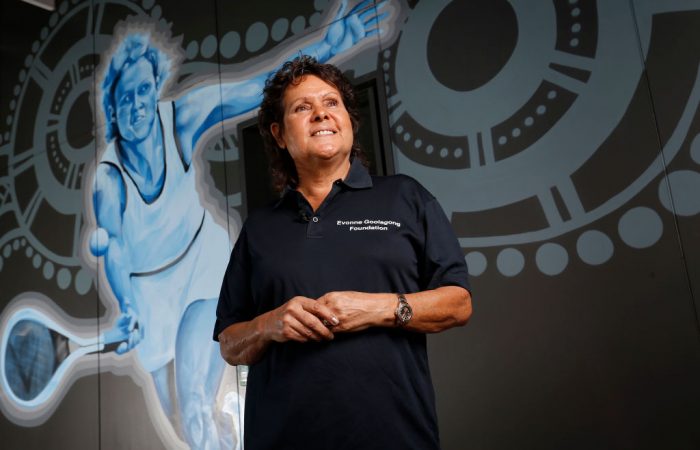 Tennis legend Evonne Goolagong-Cawley has been honoured at the annual Sport Australia Hall of Fame Awards.

Goolagong-Cawley was named the winner of the inaugural The Dawn Award.

Named after swimming great Dawn Fraser, this award recognises a courageous ground-breaker who has demonstrated achievement against the odds and challenged the status quo.

Congratulations to #SAHOF Legend Evonne Goolagong-Cawley AC MBE – winner of the inaugural The Dawn Award. As a young Indigenous woman, she challenged the status quo & became one of Australia’s greatest tennis champs.

Goolagong-Cawley is thrilled to be selected as the first recipient of this award.

“To win The Dawn Award is an incredible honour,” Goolagong-Cawley said.

“I have been unwell and this has been the ultimate cheer-up for me. To be the first recipient makes it even more special.

“Dawn is one of Australia’s greatest athletes and has been a source of inspiration throughout my life. She is also a good friend, and I am so pleased the Sport Australia Hall of Fame has chosen her to have such a prestigious award in her name.”

World No.1 Ash Barty led the congratulations to Goolagong-Cawley, who she proudly calls a friend and mentor.

“She played her career with courage, she played it with passion and with grace and she challenged the status quo in what was a really challenging time for women in sport,” Barty said. “The way that she was able to provide a path for others to dare to dream is absolutely remarkable.”

Basketballer Patty Mills was the recipient of the 2021 Don Award. Named after cricket legend Sir Donald Bradman, this is the highest individual honour in Australian sport.