The Australian tennis family is paying tribute to long-serving Brian Grace, whose positive influence spanned generations of officials throughout the country. 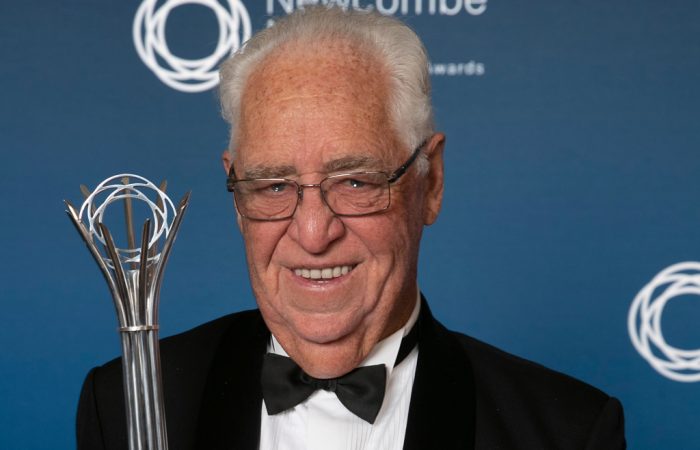 In the dynamic and ever-evolving world of sport, the ability to maintain a steadying influence is one of the great attributes anyone can possess.

Many people who have passed through Tennis Australia’s corridors, or indeed taken in the magic of Melbourne Park (and before that Kooyong) in January would have witnessed that quality in Brian Grace.

But the story doesn’t start or end there, for the legacy of one of Australia’s longest-serving officials spans generations and stretches beyond borders.

Following his sudden passing at age 77, Brian is being remembered for his profoundly positive impact on umpires, officials, players and staff through nearly four decades all across the country.

Brian was one of Tennis Australia’s longest-serving officials, starting in 1984 as a line umpire and progressing to Australian Open Chief Umpire from 2017-2019.

Brian Grace has officiated at an amazing 35 Australian Opens, and this year retires from the top job as Chief Umpire of the #AusOpen after many years of service. #Newks19 pic.twitter.com/bBu6FT4ny8

Current Australian Open Chief Umpire Cheryl Jenkins spoke about Brian’s influence on both her own career and that of the entire officials community.

In 1989 he was designated in the inaugural group of Australian Touring Chair Umpires for international events on the Australian circuit.

A short time later he started chairing tournaments overseas in locations such as Singapore and also joined the VLTUA board, eventually becoming president in 1995.

From 1998 to 2002 he would handle all referee appointments for Tennis Victoria and later that decade he took the role of Chief Umpire for the Brisbane International, where he teamed with Jenkins.

“I’m extremely grateful to have worked closely with Brian during the Brisbane International and Australian Open, always learning from him,” Cheryl added.

“I’m privileged to call Brian my mentor and a dear friend. My deepest sympathies to Rosemary and all the family.”

Honoured with the Excellence in Officiating Award at the 2019 Newcombe Medal, Grace served in the coveted role of Chief Umpire at the Australian Open from 2017 to 2019 and was a consultant at Australian Open 2020.

On retirement, Brian was delighted to spend more time with his grandchildren and enjoying one of his favourite hobbies of lawn bowling. Daughter Andrea related how her father was both happy and active until his final moments.

“He died suddenly on the bowling green, doing what he loved, surrounded by people he loved. Rosemary (Brian’s wife) was with him when he died and she was well supported,” said Andrea.

“He was on top of the world, happy as can be and loving life right up to the moment it ended.”