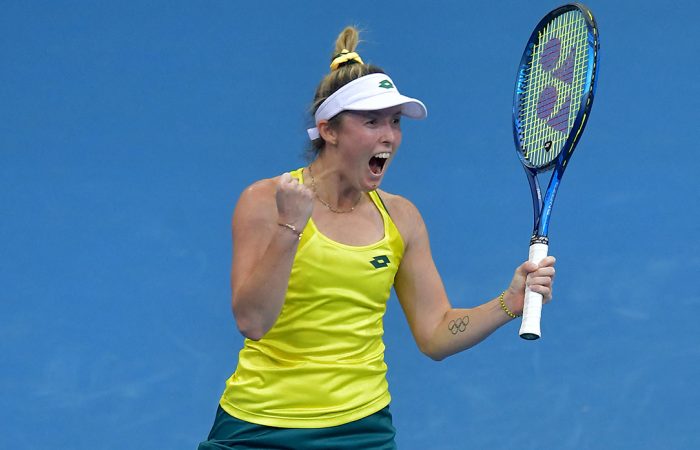 The 27-year-old Australian is one of five players nominated for a Billie Jean King Cup Heart Award.

The Billie Jean King Cup Heart Award aims to recognise players who have represented their country with distinction, shown exceptional courage on court and demonstrated outstanding commitment to the team.

Nominees are chosen from a panel of experts, including Billie Jean King, and the winner is decided by a public vote.

Sanders played a starring role as Australia advanced to the semifinals of the prestigious team competition in Prague earlier this month, scoring a career-first top-20 win against Belgium’s Elise Mertens.

The winning player receives a $10,000 grant to nominate to a charity of their choice.