In our Serving Inspiration series, Jaimee Fourlis shares some of her earliest tennis memories and names the biggest influences on her young career. Jaimee Fourlis is one of Australia’s most promising female players. The 22-year-old from Melbourne set a career-high singles ranking of world No.189 in 2018 and peaked at No.138 in doubles in 2020.

After undergoing shoulder surgery in 2020, Fourlis demonstrated her resilience in a promising tour return. She claimed an ITF title in Spain in August, which was her first professional singles title in three years, and has returned to the world’s top 200 in doubles.

In our Serving inspiration series, Fourlis reveals watching Alicia Molik play courtside at Rod Laver Arena and getting a Sam Stosur autograph at the Australian Open are among her favourite early memories …

Where was your first tennis club?

I played at VIDA in Bulleen, Melbourne. My older sister had lessons when she was eight. I was four and running around the tennis courts, asking my dad to feed me balls too.

What are your favourite junior tennis memories?

Just being able to travel the world from a really young age, I don’t think too many people get to experience that. I am very lucky in terms of that. Also meeting so many people overseas and being able to represent Australia at Junior Fed Cup and the World Team Cup.

Who have your biggest inspirations been?

There has honestly been a lot of people. Player wise, Justine Henin was one of my favourite players. In terms of off the court, there have been a lot of people who have helped me get to where I am and they have been my inspiration as well. Coach Beti Sekulovski, has been a big inspiration to me as a person and as a player. Marija Mirković, who also used to play, is too. My parents, as well, have done a lot for me. I’d like to hopefully make them proud.

Why was Justine Henin your favourite player?

I liked the way she competed. There was just something about her. She used a lot of slice and I like to slice. I don’t have a one-handed backhand like her, but I enjoyed the way she played. I have great memories of coming to the Australian Open with my dad and my sister to watch her play. Kim Clijsters and Alicia Molik were also my favourites to watch.

I’m not sure if it was my first match I ever saw, but one of my earliest memories is being selected through a junior program, when I was about 10, to sit courtside to watch Alicia Molik play at Rod Laver Arena. That was an unreal experience, it was so cool.

Do you remember the first autograph you got?

Sam Stosur – and I still have the hat hanging up in my room! Sam signed my hat at the Australian Open in 2006. It was a white cap with the old Australian Open logo, with the guy serving. I used to wear it all the time, and would not let anyone wash it because I did not want her signature to come off. I’ve never told Sam this story, but I probably should! 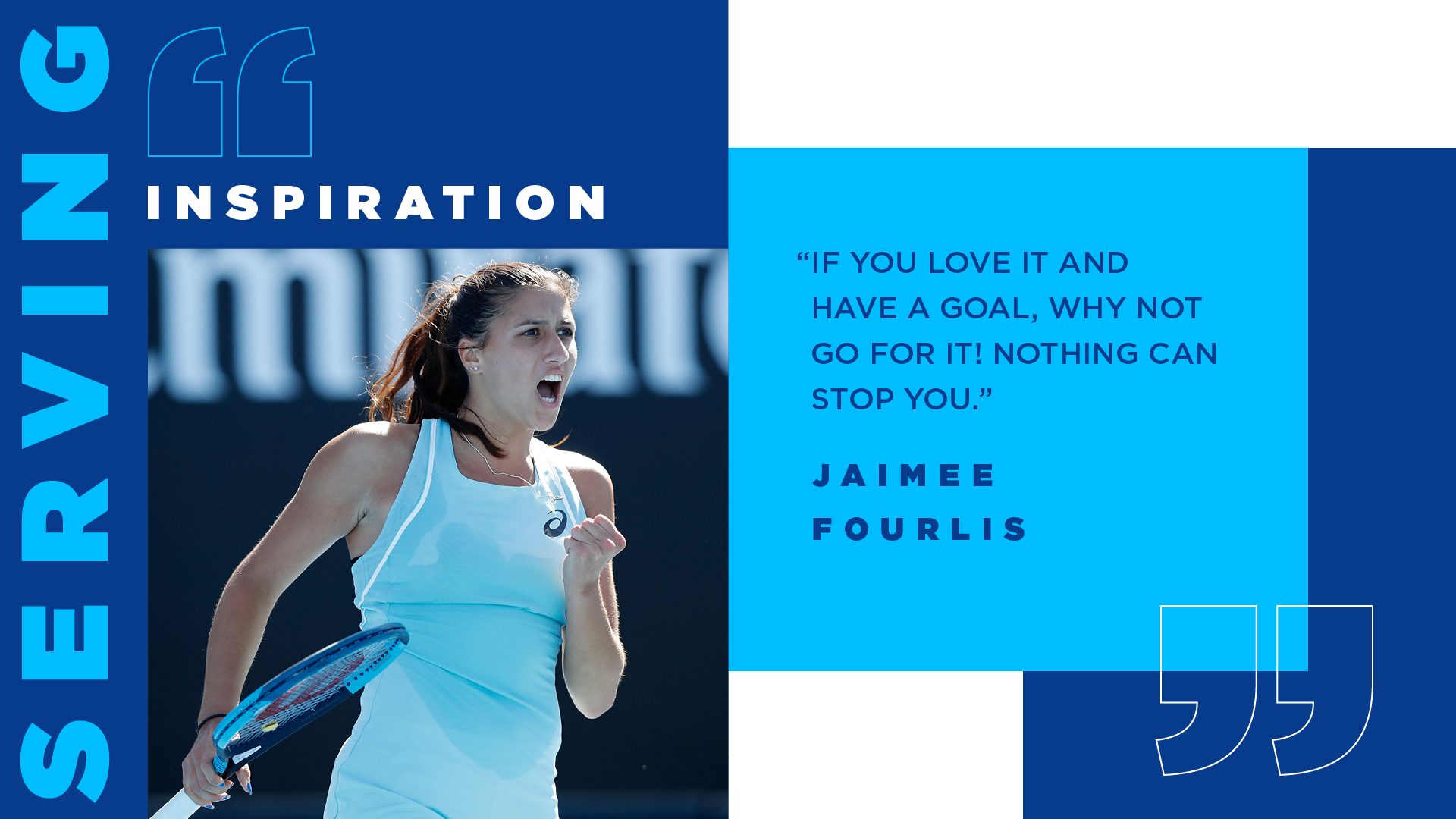 Who are your biggest inspirations outside of tennis?

To be honest, there is no specific sporting team or person. I do look up to female athletes in sport in general, I admire what they have done and want to be able to continue that. I hope I can inspire younger girls too.

What does being able to inspire others mean to you?

It means a lot. It makes me really proud and is what I want to do. Of course I have my own goals that I want to achieve, but I also want to bring young girls into the sport. Not only to encourage them to play tennis, but to inspire them to be happy and healthy.

What advice would you give young players wanting to follow in your footsteps and become a professional tennis player?

Go out and enjoy it. Stay in the present and work hard. If you love it and have a goal, why not go for it! Nothing can stop you.