Dylan Alcott to compete for Golden Slam at US Open

With a straight-sets win in the US Open semifinals, Dylan Alcott is just one win away from becoming the first man in history to claim a Golden Slam. 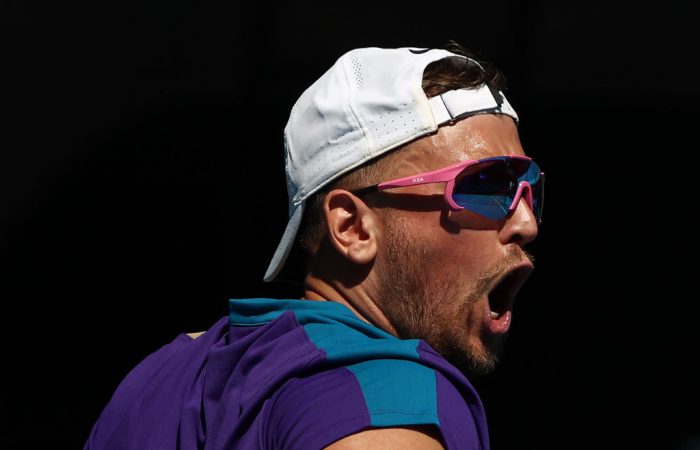 Dylan Alcott is just one win away from completing a Golden Slam at the US Open.

The world No.1 today defeated Koji Sugeno to move into a fifth quad wheelchair singles final at Flushing Meadows.

Combined with Grand Slam victories this year at the Australian Open, Roland Garros and Wimbledon, as well as the gold medal at the Tokyo Paralympics, Alcott has a chance to become the first man in history to claim the coveted Golden Slam.

One win away from the Golden Slam.

It took the 30-year-old Alcott 55 minutes to complete a 6-2 6-1 semifinal victory over the sixth-ranked Sugeno.

Alcott meets Niels Vink, an 18-year-old Dutch player, in tomorrow’s final.  Alcott’s last match against Vink was in the semifinals at the Paralympic Games, where he fought for two-and-a-half hours to progress.

The world No.1 was also runner-up alongside fellow Australian Heath Davidson in the quad wheelchair doubles event.

In a rematch of the Paralympic gold medal match in Tokyo, Sam Schroder and Vink claimed a 6-3 6-2 victory over Alcott and Davidson in today’s final.

The Dutch players have made rapid progress in their short time on tour. The 21-year-old Schroder upset Alcott to claim the 2020 US Open quad wheelchair singles title on debut while Vink, just 18, is making a first appearance at this event.