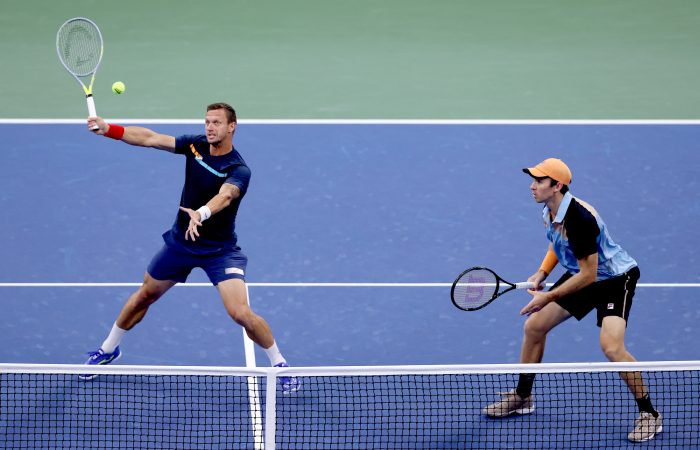 John Peers’ best US Open men’s doubles run in four years has ended in the semifinals.

Peers and Polasek hit eight aces and struck 48 winners in the one-hour and 41-minute match. The No.8-seeded duo even won six more points in total (80 to 74) than their opponents – but it wasn’t enough to secure victory in a tightly-contested semifinal showdown against the experienced 35-year-old Brit and 39-year-old Brazilian.

The result propels world No.22 Murray and world No.11 Soares into their third major final as a team – and first since claiming the US Open 2016 title.

World No.25 Peers had been aiming to advance to his second final in New York, having finished runner-up alongside Murray in 2015.

It would have made Peers the eighth Australian in the Open era to reach multiple US Open men’s doubles finals.

Still, there are many positives for Peers to take from the tournament. His semifinal run was his best Grand Slam men’s doubles result since reaching the Australian Open 2019 final and a promising start to his new partnership with world No.14 Polasek. This was their first major tournament together – and just their fourth time teaming up.

Murray and Soares will play fourth seeds Rajeev Ram and Joe Salisbury for the title.

Ram, a 37-year-old American ranked No.7, and Salisbury, a 29-year-old Brit ranked No.6, eliminated three Australians (John Millman in the second round, then Max Purcell and Matthew Ebden in the quarterfinals) to reach their first US Open final.

Dylan Alcott and Heath Davidson’s scheduled singles matches today have been cancelled due to inclement weather and are set to be rescheduled for tomorrow.