Purcell playing for place in US Open mixed doubles final

Max Purcell, who is set to contest his career-first mixed doubles semifinal, is the sole Australian in action on day 10 at the US Open. 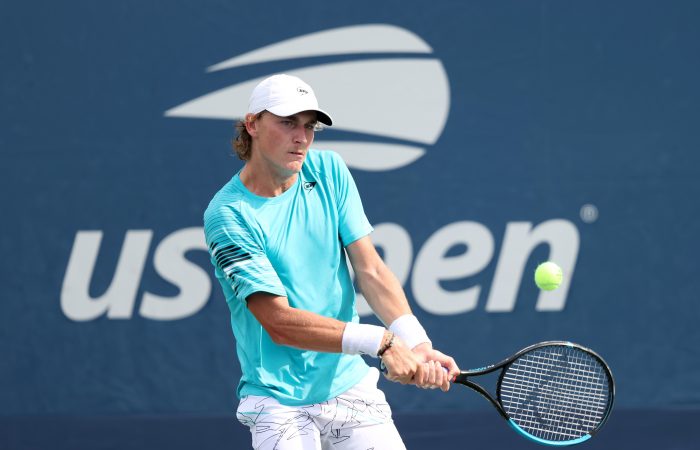 Max Purcell has a chance to become the ninth Australian man to reach a US Open mixed doubles final in the Open era.

The 23-year-old from New South Wales and Ukrainian partner Dayana Yastremska snuck into the draw as alternates, but have proved to be title contenders by advancing to the semifinals with three straight-sets wins.

It is a career-best run for the world No.46-ranked Purcell in a Grand Slam mixed doubles competition, bettering a quarterfinal exit at this year’s Australian Open.

If Purcell reaches the final, he would become only the second Australian man in the past 25 years to contest a US Open mixed doubles championship match.

Alicia Molik and Todd Woodbridge were the last Australians to reach a mixed doubles final in New York, finishing runners-up in 2014.

The unseeded Olmos and Arevalo eliminated top seeds Nicole Melichar-Martinez and Ivan Dodig in the second round, before scoring a three-set quarterfinal victory against Australia’s Ellen Perez and Brazilian Marcelo Demoliner.

Aussies in action on day 10: