Thompson wins five-set battle in US Open opening round 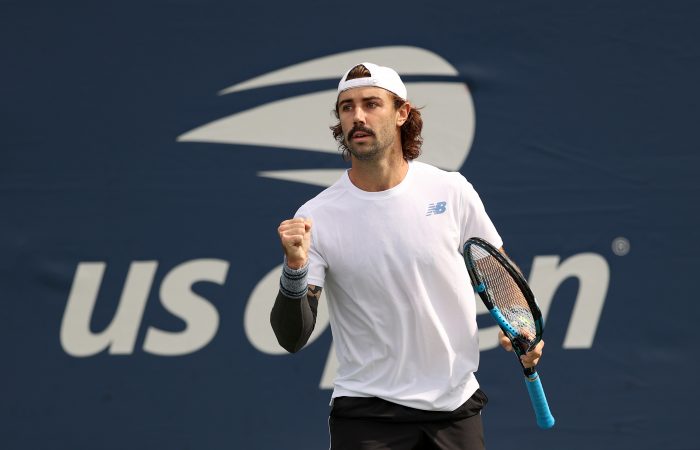 Jordan Thompson never shies from hard work – and he certainly had to dig deep today to advance to the US Open second round.

It is the fourth five-set win of the world No.59’s career – and the first decided in a fifth-set tiebreak.

Thompson did not make it easy for himself in a tense deciding set. He was unable to convert two break point opportunities he earned on world No.71 Mager’s first two service games and also had to save four break points on his own serve in the fourth game.

With neither player able to edge ahead, it forced a deciding tiebreak.

Under pressure, it was Thompson who thrived. He opened the tiebreak with a backhand winner and quickly raced to a 4-0 lead.

From there, the determined Thompson held on to win – sealing victory when Mager hit his fifth unforced error of the tiebreak.

Thompson’s consistency proved telling in the end. He committed only 35 unforced errors throughout the match, compared to 71 from his 26-year-old opponent.

This is the fourth time, from six appearances, that Thompson has advanced to the US Open second round. The world No.59’s best result at the tournament is a fourth-round run last year.

If Thompson is to better that effort this year, he’ll need to defeat Australian Open 2021 semifinalist Aslan Karatsev in the second round. It will be his first career meeting with the world No.25.

In the women’s singles competition, Australians Ash Barty and Ajla Tomljanovic both advanced to the second round.

World No.1 Barty survived a test against 2010 finalist Vera Zvonareva, while Tomljanovic lost only nine points on serve in a dominant display against American wildcard Katie Volynets.

However, Sam Stosur’s 10-year anniversary celebrations of her US Open 2011 triumph were spoiled by Estonia’s Anett Kontaveit. The world No.28 scored a 6-3 6-0 win against the 37-year-old Australian.

Storm Sanders was also beaten in her main draw debut, with Japan’s Misaki Doi recording a 7-6(3) 6-3 win against the Australian wildcard.