Astra Sharma qualifies at US Open

Australia's Astra Sharma scores a three-set win against France's Harmony Tan to secure a main draw spot at this year's US Open. 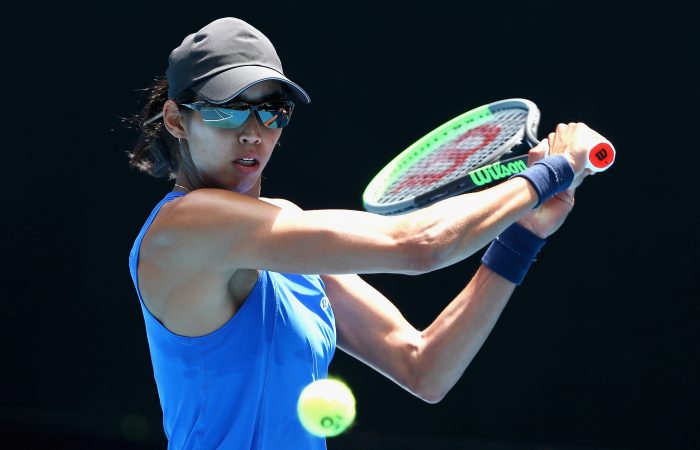 Australian Astra Sharma has qualified for this year’s US Open.

The 25-year-old from Perth sealed her place in the women’s singles main draw with a 5-7 6-4 6-2 victory against France’s Harmony Tan in the final qualifying round today in New York.

Sharma won 75 per cent of points on her first serve in the two-hour and 32-minute battle. She also returned well, winning 47 per cent of return points, to heap the pressure on her world No.138-ranked opponent.

It is the second time in Sharma’s career that she has qualified at a major tournament, having also done so at Australian Open 2019.

The world No.114 is now set to make her 11th career Grand Slam main draw singles appearance in total – and third at the US Open, where she was a direct acceptance in her first two appearances.

Sharma is yet to progress beyond the first round in New York, exiting at that stage in 2019 and 2020.

Sharma has been pitted against No.8 seed and reigning Roland Garros champion Barbora Krejcikova in the opening round.

Main draw action begins on Monday 30 August (from 1am AEST on Tuesday 31 August).