Australia's Astra Sharma will play for a main draw spot on day four of the US Open 2021 qualifying competition. 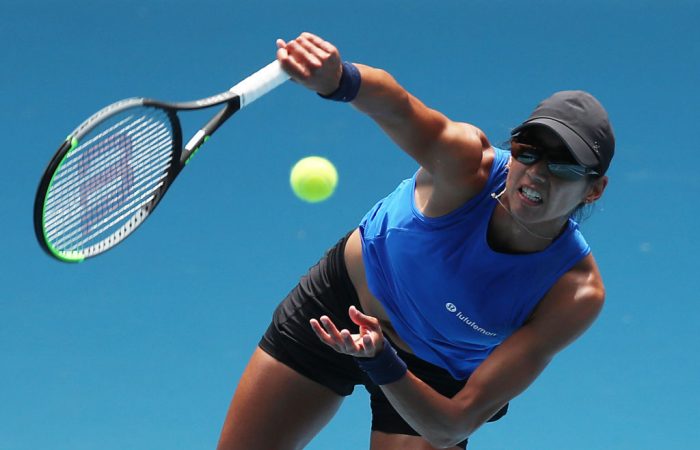 From the 256 players who began in the US Open 2021 qualifying competition, only 64 remain in contention to win a coveted main draw place.

Among them is Astra Sharma, who is the sole Australian to advance to the final round in both the women’s singles and men’s singles competitions.

The 25-year-old from Perth, who is aiming to qualify at the US Open for a first time, continues to prove an outstanding role model in the benefits of working hard.

A self-described ‘late bloomer’, Sharma is now reaping the benefits of her perseverance.

“When I started playing, the word I heard a lot was ‘potential’. It was always ‘Astra has got a lot of potential’, which was a back-handed compliment in a way because it meant I wasn’t good enough yet and it wasn’t translating into any sort of success,” the world No.114 recently related in our Serving Inspiration series.

“I hated that compliment, so it always fired me up to get better and fulfill the potential that everyone kept saying I had.”

Sharma has been fulfilling this potential, as well as her demonstrating her immense talent, in New York this week. She has not lost a set and improved her career record in Grand Slam qualifying to nine wins from 11 matches.

Aussies in action on day four:

[10] Astra Sharma (AUS) v [23] Harmony Tan (FRA)
Women’s singles qualifying, final round, Court 10, first match (from 1am AEST)
In her first appearance in a US Open qualifying draw, Sharma has progressed to the final round in convincing fashion. The 25-year-old’s confidence is growing too, which bodes well for a first career-meeting with world No.138 Tan. The 23-year-old Frenchwoman is aiming to qualify at a Grand Slam for the first time. Sharma has an edge in experience, owning a 1-2 career win-loss record in final qualifying round matches at major tournaments and having previously qualified at the Australian Open in 2019. The world No.114 can also take confidence from her impressive 2021 form. She has made three tour-level quarterfinal appearances so far this season and won a maiden WTA singles title at Charleston in April.
Head-to-head record: First meeting