Astra Sharma, Thanasi Kokkinakis and Chris O'Connell have advanced to the second round in the US Open 2021 qualifying competition. 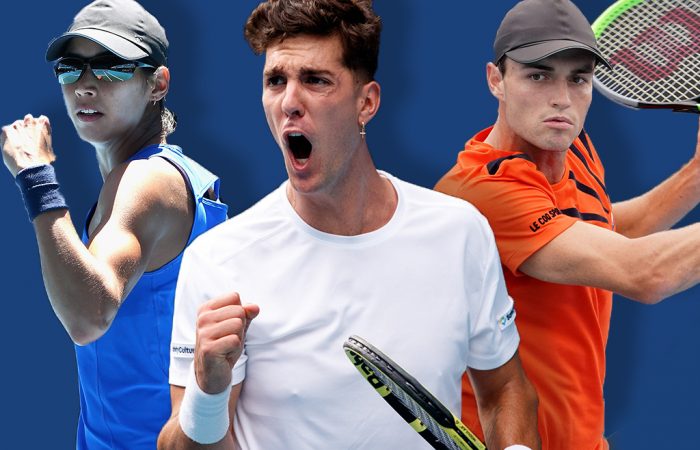 Three Australians – Astra Sharma, Thanasi Kokkinakis and Chris O’Connell – are in action on day three of the US Open 2021 qualifying competition.

All have advanced to the second round in New York without dropping a set and need two more wins each to earn a main draw place in the final Grand Slam tournament of the season.

Aussies in action on day three:

[10] Astra Sharma (AUS) v Susan Bandecchi (SUI)
Women’s singles qualifying, second round, Court 14, first match (from 1am AEST)
Sharma made an impressive start to her US Open qualifying quest, defeating former world No.43 Viktoria Kuzmova in the opening round. It was the 25-year-old’s first career singles win in New York and sets up a second-round meeting with world No.225 Bandecchi. The 23-year-old from Switzerland is competing at the US Open for a first time. World No.114 Sharma, who won her first WTA singles title at Charleston earlier this season and has a career-high ranking of No.85, has an important edge in experience. The Perth athlete also boasts an unbeaten career record (at 3-0) in Grand Slam qualifying second-round matches.
Head-to-head record: First meeting

[10] Christopher O’Connell (AUS) v Mats Moraing (GER)
Men’s singles qualifying, second round, Court 7, third match
O’Connell is attempting to qualify at a major for the second time this season, having earned a main draw place at Wimbledon. His growing confidence was on display in a first-round win, where he did not lose serve. The world No.126 showed the form that helped him score a first top-30 win and reach a maiden tour-level quarterfinal in Atlanta last month. The 27-year-old Australian’s next challenge is against a left-handed German ranked No.239. The 198-centimetre Moraing, whose father Heiner and uncle Peter are both former pro players, has progressed beyond the first round in US Open qualifying for the first time in three attempts.
Head-to-head record: First meeting

Thanasi Kokkinakis (AUS) v [15] Yuichi Sugita (JPN)
Men’s singles qualifying, second round, Court 11, fourth match
Kokkinakis has an 0-2 career win-loss record in US Open second round qualifying matches – will it be third-time lucky for the 25-year-old Australian? Luck hasn’t always been on the world No.186’s side, experiencing a horror run with injuries since achieving a career-high ranking of No.69 in 2015. But in a positive sign, he has contested all four major tournaments in a season for a first time since 2018. His form was impressive in the opening round too, firing 14 aces and not dropping serve. To qualify in New York, he needs to overcome world No.131 Yuichi Sugita in the second round. The 32-year-old Japanese player has been ranked as high as world No.39.
Head-to-head record: First meeting