Mixed fortunes for Australians in US Open qualifying

Chris O'Connell and Thanasi Kokkinakis led the Australian charge on day two of the US Open singles qualifying competition in New York. 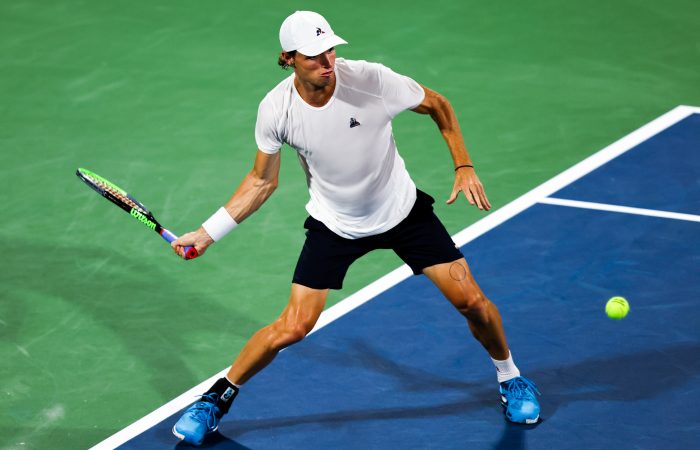 Two Australians – Chris O’Connell and Thanasi Kokkinakis – have scored wins on day two of the US Open qualifying competition.

O’Connell made an impressive start to his qualifying campaign, scoring a confident straight-sets win against Turkey’s Altug Celikbilek in the opening round.

After securing victory in 76 minutes, the 27-year-old Australian moves into a second-round clash with world No.239-ranked German Mats Moraing and is one step closer to a second consecutive main draw appearance at the tournament.

Kokkinakis also dominated on serve in his 7-5 6-3 victory against American Bjorn Fratangelo. The 25-year-old Australian hit 14 aces and was not broken during the 91-minute first-round clash.

Kokkinakis, who is currently ranked No.186, will face world No.131 Yuichi Sugita of Japan in the next round.

In other men’s singles qualifying action, former world No.10 Ernests Gulbis eliminated No.26 seed Marc Polmans. The Latvian scored a 6-3 6-4 win against the 24-year-old Australian.

Russian Kamilla Rakhimova won a hard-fought battle against 23-year-old Cabrera, with the No.20 seed prevailing 4-6 6-4 6-2.

The 21-year-old Fourlis put up a fight too in her first Grand Slam singles appearance since Australian Open 2020, but American Usue Maitane Arconada closed out a 6-4 4-6 6-3 victory in two hours and 31 minutes.

These results leave world No.114 Astra Sharma as the last remaining Australian in the women’s singles qualifying draw.