Australians Jordan Thompson and Alexei Popyrin have both scored first-round wins at an ATP 250 tournament at Winston-Salem. 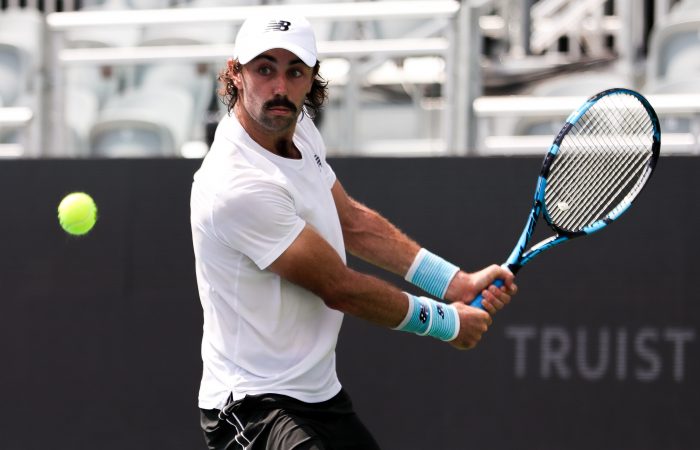 Jordan Thompson and Alexei Popyrin have advanced to the second round at an ATP 250 tournament in Winston-Salem.

Thompson scored a 6-1 1-6 6-3 victory against Argentina’s Guido Pella in the opening round today. The world No.59 hit 11 aces in the two-hour and seven-minute battle.

Eighth-seeded Australian John Millman, who had an opening-round bye, was meant to be his second-round opponent. However, the 32-year-old has withdrawn from the tournament with a foot injury and will be replaced by fellow Aussie Max Purcell.

Popyrin continues to build some impressive momentum, scoring his third win in as many days. The 22-year-old Australian qualifier defeated American Steve Johnson 7-5 6-4 in their opening-round clash.

He plays No.15 seed Carlos Alcaraz of Spain next.

🇦🇺 Alexei Popyrin brings his A game for the win against 🇺🇸 Steve Johnson.

Saville and Smith, who will also team up at next week’s US Open, advanced to the quarterfinals with a 6-3 6-4 win.

Anastasia Rodionova has lost in the opening round in her comeback tournament from maternity leave.

It was Rodionova’s first tour-level match since Australian Open 2019.

Storm Sanders was also meant to play in the WTA 250 tournament, but withdrew ahead of her first-round singles clash with Czech lucky loser Linda Fruhvirtova.