Qualifying draws revealed for US Open 2021

The qualifying draws are set for the US Open. Find out who our 10 Australian competitors play in the opening round ... 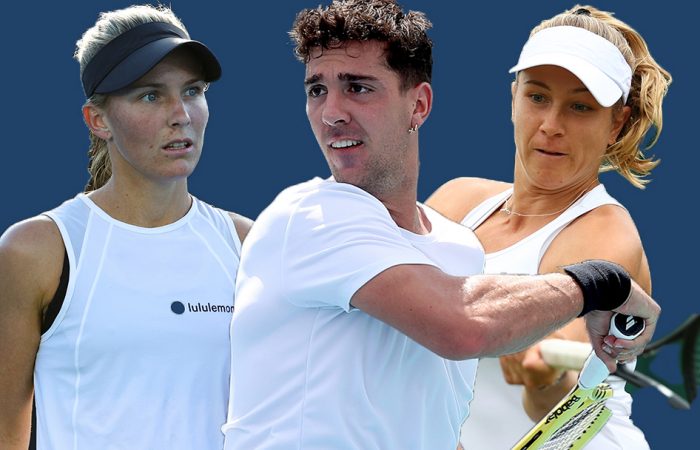 The US Open 2021 qualifying draws are set – and there are 10 Australian players in the field.

Six Australians feature in the women’s singles qualifying draw, headlined by world No.114 Astra Sharma. The 25-year-old Sharma is the No.10 seed and plays former world No.43 Viktoria Kuzmova in the opening round.

Ellen Perez, who qualified at Wimbledon, has been pitted against US Open 2018 quarterfinalist and former world No.23 Lesia Tsurenko in the first round, while Lizette Cabrera faces rising 19-year-old Russian Kamilla Rakhimova.

Chris O’Connell, who reached the second round in New York last year, is the No.10 seed and faces Turkey’s Altug Celikbilek in the opening round.

Marc Polmans is also seeded, at No.26, and plays former top 10-ranked Latvian Ernests Gulbis in his first match.

Unfortunately Alex Bolt, Aleksandar Vukic and Jason Kubler are all late withdrawals from the men’s singles qualifying competition after testing positive to COVID-19.