Ash Barty has become the first Australian woman in 48 years to capture the Cincinnati singles title. 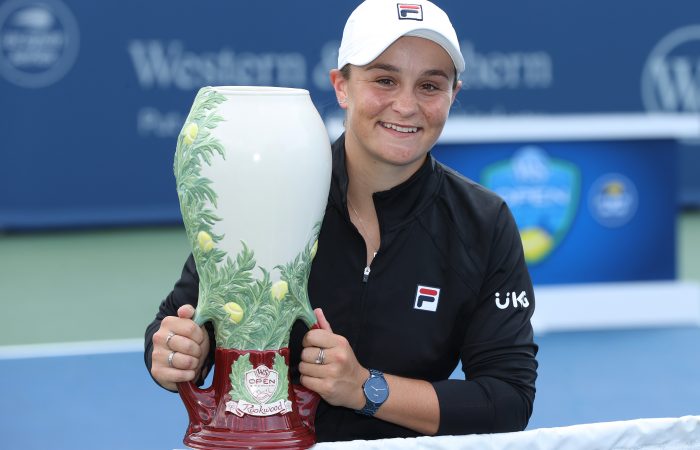 The world No.1 claimed the title with a comprehensive 6-3 6-1 win against Swiss wildcard Jil Teichmann in today’s final.

World No.76 Teichmann had been on a giant-killing run, eliminating world No.2 Naomi Osaka, Olympic champion Belinda Bencic and world No.4 Karolina Pliskova to advance to the biggest final of her career. However, the 24-year-old proved no match for Barty.

From three-all in the opening set, Barty won 10 of the final 11 games to seal victory in 73 minutes.

It is Barty’s 13th career singles title in total – and a tour-leading fifth of the season.

Barty did not lose a set throughout her title-winning run and improves her season record to 40 wins from 47 matches.

“I think being able to come through and play a really clean week and walk away with the title is probably not what I really expected of myself, but (it’s) certainly nice,” Barty said.

The 25-year-old now heads to New York to prepare for the final Grand Slam tournament of the year, where she’ll be the top seed in the women’s singles draw for the first time in her career.

“We’re just excited that we’ve got matches under our belt in tough conditions here in Cincy, and that’s put us in really good stead going into New York,” said Barty.