Australian players Storm Sanders and Max Purcell will make their main draw singles debuts at the US Open later this month. 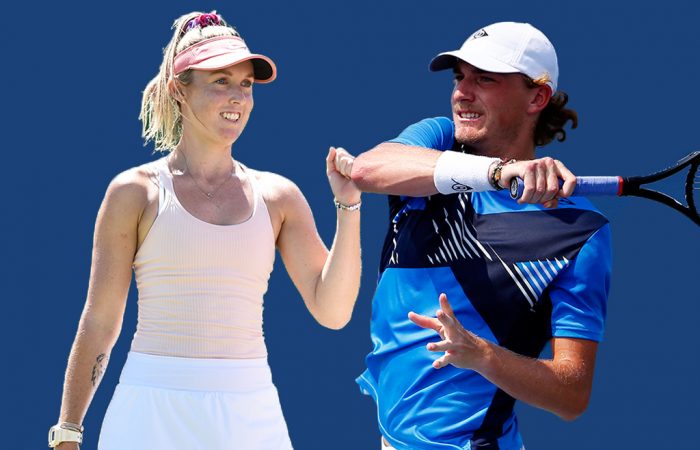 Storm Sanders and Max Purcell will make their US Open main draw singles debuts at the end of the month, after being awarded wildcards into the final Grand Slam tournament of the year.

Sanders, who recently turned 27, is being rewarded for career-best performances this season.

Four top-100 wins so far in 2021 helped the left-handed Sanders rise to a new career-high singles ranking of No.134 earlier this month. Her season highlights include scoring a first top-30 win to reach the Adelaide International quarterfinals and qualifying at a Grand Slam tournament for the first time at Roland Garros.

“It’s not every day you get in the main draw of a Grand Slam. That’s something I definitely don’t take for granted.

“It’s a nice reward for the results I’ve had this year and being away from home and what not. I’ve been working really hard.

“For me not having to play qualifying and to be able to take that emotion away, to already be in the main draw, feel fresh, mentally ready and physically ready, I think that’s really important.

“I’m super excited to get to New York to see what damage I can do.”

The US Open will be Sanders’ fifth career appearance in a Grand Slam singles main draw.

Sanders is also enjoying impressive results in doubles and recently became Australia’s top-ranked woman. The Wimbledon semifinalist and Olympic Games quarterfinalist is presently ranked at a career-high No.39.

Purcell is a top 50-ranked doubles player too and like Sanders, is making considerable strides in improving his singles ranking.

The 23-year-old advanced to his first tour-level singles semifinal at Eastbourne in June and made his top-200 debut after winning an ATP Challenger title in Kazakhstan last month.

Purcell has scored two top-20 singles wins in the past two months, including a first-round upset of world No.15 Felix Auger-Aliassime at the Tokyo 2020 Olympic Games.

“It’s more experience at the highest level, which I’ve been lacking but dealing with anyway. It also helps me with bigger points opportunities to build my ranking towards that goal of top 100.

This will be the world No.206’s second appearance in a Grand Slam singles main draw, and first since he qualified at Australian Open 2020.

Main draw action at the US Open begins on 30 August, with qualifying from 24 August.