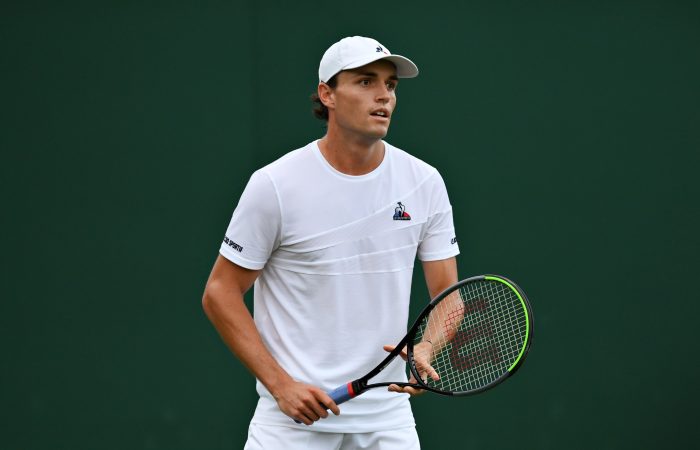 Australian Chris O’Connell has scored the biggest win of his career at an ATP 250 tournament in Atlanta.

It is O’Connell’s second career win against a top-50 ranked opponent – and first against a player inside the world’s top 30.

The world No.132 hit nine aces and did not face a break point in the one-hour and 37-minute match. He also saved three set points against the 19-year-old Italian in the opening set tiebreak.

Third-seeded Brit Cameron Norries needed only 56 minutes to defeat Nick Kyrgios in their second-round clash, scoring a 6-1 6-4 victory against the Atlanta 2016 champion.

Their progression also means Australia is guaranteed to have at least one player in the Atlanta doubles final, as Popyrin and Reid now face either Kyrgios (who is partnering American Jack Sock) or Jordan Thompson (playing with American Steve Johnson) in the semifinals.

Fourth seeds Matt Ebden and John-Patrick Smith had two match points in their quarterfinal clash against El Salvador’s Marcelo Arevalo and Mexican Miguel Angel Reyes-Varela, but were unable to convert and lost in three sets.

Marc Polmans has advanced to a tour-level doubles semifinal for just the second time in his career.

The 24-year-old Australian and Spanish partner Pedro Martinez scored a 6-7(5) 6-3 [10-8] victory against second seeds Hugo Nys of Monaco and Andrea Vavassori of Italy an at ATP 250 tournament in Kitzbuhel.

This is Polmans’ best tour-level doubles result since reaching the Australian Open 2017 semifinals as a wildcard alongside Andrew Whittington.

Polmans, who is currently ranked No.111 in doubles, and Martinez will play third seeds Roman Jebavy from the Czech Republic and Matwe Middelkoop from the Netherlands for a place in the final at the clay-court event.