Eight Australian men are competing in ATP Tour tournaments this week across events in Europe and America. 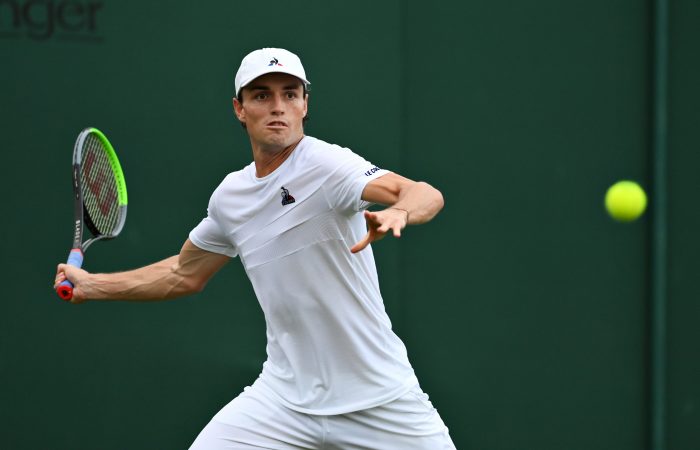 Australian Chris O’Connell has earned his place in the singles draw as a qualifier at an ATP 250 tournament in Atlanta.

The world No.131 was leading 4-2 when Austrian Sebastian Ofner retired with illness during their final qualifying round match.

It is the fifth tour-level tournament that O’Connell has qualified for so far this season.

The 27-year-old, who has drawn American Denis Kudla in the opening round, joins three other Australians in the singles main draw.

While Alexei Popyrin has been pitted against American Steve Johnson in the opening round.

Matt Ebden lost in the final round of the singles qualifying draw and now turns his attention to doubles, where he is seeded fourth alongside fellow Aussie John-Patrick Smith.

Australian Alex de Minaur is the defending singles champion at the tournament, but has not entered.

After an unsuccessful attempt to qualify for the singles draw at an ATP 250 tournament in Kitzbuhel, Australian Marc Polmans turns his focus this week to doubles.

The 24-year-old is partnering Spain’s Pedro Martinez at the clay-court event.

Polmans has had a great season in doubles, winning three ATP Challenger titles.