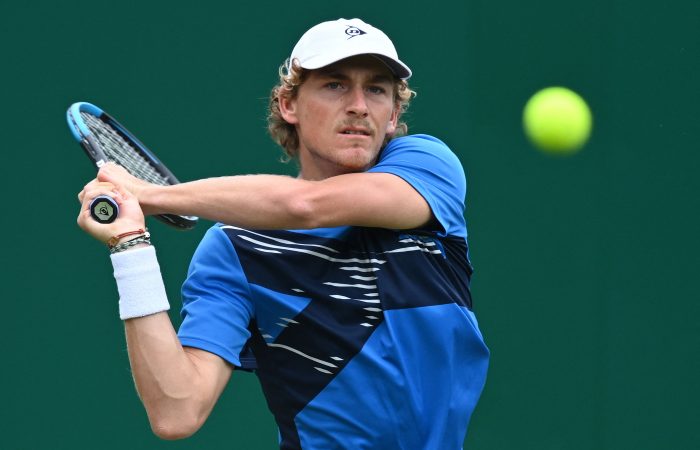 The 23-year-old’s victory in Kazakhstan last week was his first tour-level singles title since 2018 and propels him into the world’s top 200. Purcell is now at a career-high No.190 and verging on a breakthrough into the Australian top 10.

Purcell, who will make his Olympic Games debut in doubles later this week, has now improved his singles ranking a remarkable 93 places in the past month and won nine of his past 11 matches.

He is one of several Australian men enjoying significant rises this week.

Jordan Thompson improves eight spots to No.63 after his semifinal run in Newport and overtakes compatriot Alexei Popyrin to reclaim the Australian No.4 position.

There is also good news for Rinky Hijikata, who won his second career ITF Futures title in Tunisia last week. The 20-year-old’s ranking jumps 41 spots to No.708.

Ellen Perez has returned to the world’s top 200 in the latest WTA Tour singles rankings. The 25-year-old improves 14 spots after advancing to an ITF final in Portugal.

Storm Sanders continues her impressive rise too, improving seven places to a new career-high of No.134 after reaching her second WTA quarterfinal of the season last week in Prague. The 26-year-old is now the No.4-ranked Australian woman.

Astra Sharma also rises seven spots this week and is now ranked No.121 after reaching the second-round at a WTA tournament in Lausanne.

Luke Saville will make his Olympic Games debut this week at a career-high ranking of world No.32.

The 27-year-old, who will partner John Millman in Tokyo, rose one spot in the latest ATP Tour doubles rankings.

Olivia Gadecki is the biggest mover of the week, improving 48 places to a career-high No.235.

The 20-year-old from Queensland won the biggest doubles title of her career last week, claiming an ITF $60K title in Vitoria-Gasteiz with Spaniard Rebeka Masarova. It is Gadecki’s fourth ITF doubles title win this season.