Max Purcell will make his Olympics debut for Australia in Tokyo, after Alex de Minaur was forced to withdraw on Friday. 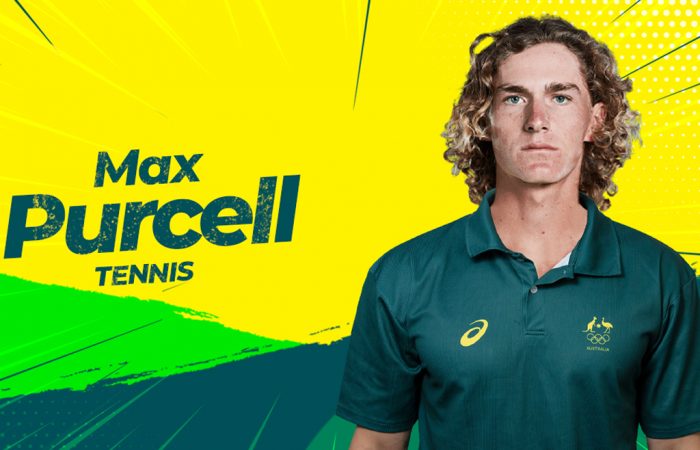 Max Purcell will make his Olympics debut for Australia in Tokyo, with the 23-year-old to compete in the doubles event.

Purcell, who was runner-up in the Australian Open 2020 men’s doubles with Luke Saville, will compete alongside John Peers in Tokyo.

It follows the withdrawal of Alex de Minaur from the Olympics tennis team, after Australia’s top-ranked man returned a positive COVID-19 test before departing from his Spanish base.

“I was really looking forward to representing Australia and being part of the team in Tokyo,” said a devastated De Minaur in a statement released on social media.

“I will support the entire delegation now from home, and can’t wait to have the opportunity to wear the green and gold in Paris in 2024.

Purcell joins Georgia Wilson (hockey) and Nathan Lawson (rugby) as late additions to the Australian Olympic Team in Tokyo, which now stands at a total 487 athletes.

Wilson replaces an injured Penny Squibb in the Hockeryoos, while Lawson will compete for an injured Henry Paterson in the Australian sevens.

“Injuries and withdrawals so close to a Games are unfortunate and our thoughts are with Alex, Henry and Penny. But this has now provided an opportunity for Max, Nathan and Georgia, an opportunity I am sure they will make the most of.

“These athletes have been working on their craft over a long period and I’m sure they will do their teammates, family, supporters, coaches and the Australian Olympic Team proud in Tokyo.”

Australian players have started arriving in Tokyo to contest the Olympic singles and doubles events.

World No.1 and recently crowned Wimbledon champion Ash Barty will headline the singles event and also compete in doubles.

Tokyo 2020 launches with Friday’s Opening Ceremony, with the tennis events to begin on Saturday.