Storm Sanders is showing career-best form at the Prague Open, advancing to the singles quarterfinals and the final four in doubles. 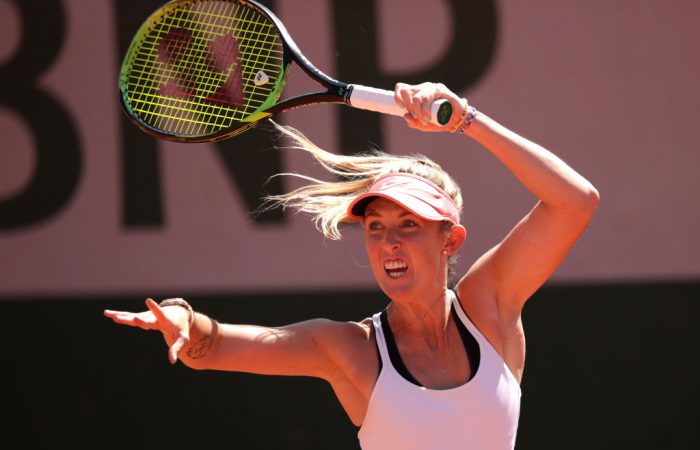 Storm Sanders advanced to the quarterfinals of the Livesport Prague Open after a fighting win over Nuria Parrizas Diaz.

The determined West Australian took two hours and seven minutes to complete a 4-6 6-3 6-1 victory over the Spaniard.

It was the fifth time this year that Sanders recovered from a first-set deficit to achieve a comeback win.

It also marks a second WTA-level quarterfinal this season for the 26-year-old Sanders, who upset countrywoman Ajla Tomljanovic and No.7 see Yulia Putintseva as she progressed to the same stage of the Adelaide International in February.

Victory over the world No.117 Parrizas Diaz in the Czech Republic also marked a second straight win over a higher-ranked opponent, after a first-round upset of No.4 seed Marie Bouzkova.

Currently sitting at a career-best world no.141 singles ranking, Sanders will set a new high with her Prague performance.

In a near-perfect performance, the pair dropped just one in game in quarterfinal win over British opponents Naiktha Bains and Samantha Murray