Australians Jordan Thompson and Alex Bolt have continued their good form at an ATP 250 grass-court tournament in Newport. 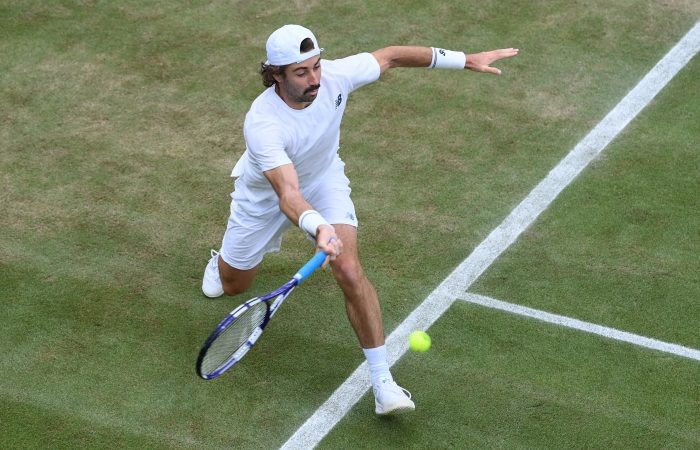 Jordan Thompson is through to the second round at an ATP 250 grass-court tournament in Newport.

The seventh-seeded Australian was leading 5-4 in the opening set when German opponent Cedrik-Marcel Stebe retired.

It moves Thompson into a second-round meeting with Japan’s Yuichi Sugita at the Hall of Fame Open.

Alex Bolt earned his place in the main draw with a hard-fought 6-0 6-7(2) 7-5 victory against American Ryan Harrison in the final qualifying round.

World No.146 Bolt has drawn American wildcard Jack Sock in the opening round. The 28-year-old Sock is currently ranked No.231, but is a former top-10 player.

Astra Sharma has qualified for a WTA 250 tournament in Lausanne, setting up another first-round showdown with Czech Kristyna Pliskova.

The 25-year-old Sharma recently lost to Pliskova in three sets in the opening round at Wimbledon. This rematch is on clay though, a surface that the Australian has had some of her best tour-level results on.

It has been a tough start for the Australians at a WTA 250 tournament in Prague, with Lizette Cabrera, Maddison Inglis and Sam Stosur all losing their first-round singles matches.

It leaves Storm Sanders as the last remaining Aussie in the draw. She plays fourth seed Marie Bouzkova in first-round action tonight at the hard-court event.