From politicians to sports stars, thousands of Australians are preparing to cheer on Ash Barty and Dylan Alcott in Wimbledon finals tonight. 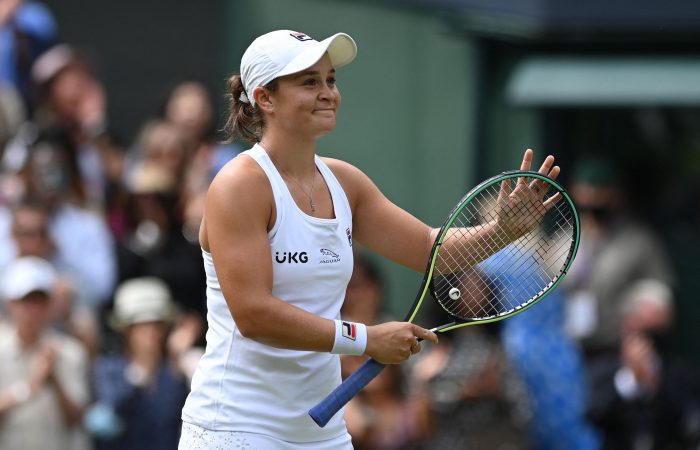 Excitement is building ahead of day 12 action at the All England Club, where Australians Ash Barty and Dylan Alcott will play for Wimbledon titles.

Wishing @ashbarty and @DylanAlcott all the best for their singles finals tonight at @Wimbledon. We couldn’t be more proud of them as Australians and of their achievements. Go Ash, Go Dylan! Aussie Aussie Aussie! pic.twitter.com/DotZEE2odU

Good luck @ashbarty – all the best for a Wimbledon victory! The honour and pride you have showed and shared with Evonne Goolagong will be with you tonight! #NAIDOCWeek2021 pic.twitter.com/Fh7JC4VVSF

As did Senator Penny Wong:

That distant roar you’ll hear will be every Australian cheering you on. https://t.co/9zwBzhrBGO

Television presenter Michael Rowland is excited for Barty as well:

Australian rock legend Jimmy Barnes is planning a late night in front of the TV:

Good luck in tonight’s final @ashbarty. You’re a champion. We’ll all be up cheering you on. #wimbeldon pic.twitter.com/qvAQrqoF9R

Former Big Brother winner Regina Sorensen is ready for a late night too:

Comedian Magda Szubanski is preparing for a #BartyParty:

> READ: Aussie stars determined to enjoy the moment at Wimbledon

The Australian Wallabies will be cheering on Ash and Dylan too:

So too is Barty’s former cricket team, Brisbane Heat:

While the Australian Football League is most impressed with Barty’s warm-up routine: