Dylan Alcott and Storm Sanders continue their quests for Grand Slam glory on day 11 at Wimbledon. 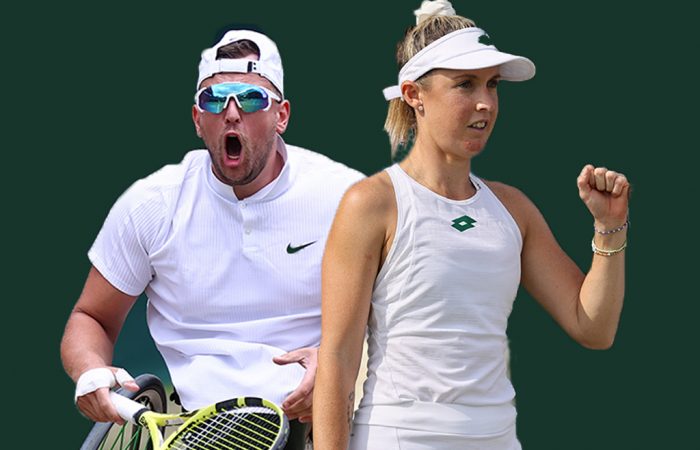 Australian tennis fans have a lot to look forward to on day 11 at Wimbledon.

As Dylan Alcott attempts to add another title to his stellar Grand Slam record, Storm Sanders has her sights set on advancing to a first major final.

Alcott, the world’s No.1-ranked quad wheelchair player, is contesting his 19th career Grand Slam doubles final. The 30-year-old, who is teaming with Sam Schroder from the Netherlands, is looking to win his ninth major doubles title and a second at Wimbledon.

The 26-year-old Sanders is enjoying a career-best run in the ladies’ doubles draw, where she is partnering 22-year-old American Caroline Dolehide. The world No.59 features in semifinal action today.

This is Sanders’ second career Grand Slam semifinal, having also advanced to this stage in the Australian Open mixed doubles competition earlier this year. In ladies’ doubles competition, however, she had never previously progressed beyond the second round in 15 major appearances.

Storm Sanders (AUS)/Caroline Dolehide (USA) v Veronika Kudermetova (RUS)/Elena Vesnina (RUS)
Ladies’ doubles, semifinals, No.1 Court, second match
Yet to drop a set this tournament, Sanders and Dolehide now face a fellow unseeded team enjoying a stellar run. Russian pair Kudermetova and Vesnina have eliminated two seeded teams to progress to the semifinals, including the No.1 seeds in the quarterfinals. Vesnina, a 34-year-old former world No.1, has recently returned to the tour from maternity leave. This is her fifth Wimbledon doubles semifinal appearance. Sanders is the only player in this match contesting their first Grand Slam ladies’ doubles semifinal – both Dolehide and 24-year-old Kudermetova have previously reached this stage at the US Open.