Find out who our Aussie players face in the opening round at Wimbledon 2021 ... 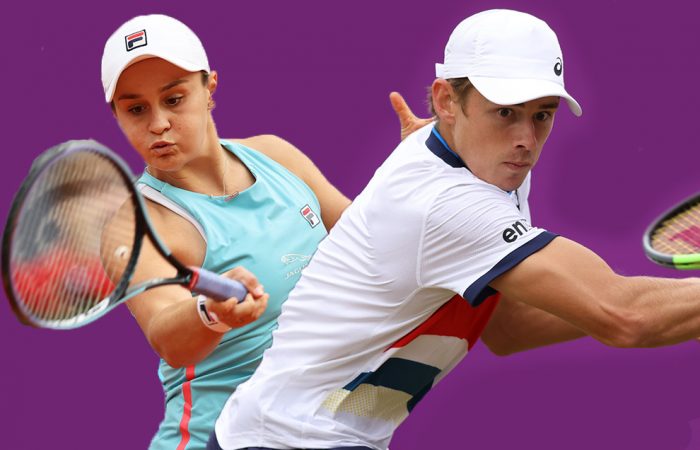 The Wimbledon 2021 singles draws are set – and there are mixed fortunes for our Aussie hopes.

Ash Barty is the top seed in the ladies’ singles draw. The 25-year-old begins her campaign against Carla Suarez Navarro. The 32-year-old Spaniard is a former world No.6, who has just returned to the tour after overcoming cancer.

Sam Stosur, who is making her 17th Wimbledon appearance, entered the draw using her protected ranking of No.97. The 37-year-old meets world No.47 Shelby Rogers in the first round, while Ajla Tomljanovic has drawn Belgian qualifier Greet Minnen.

Alex de Minaur, the No.15 seed, leads the Australian charge in the gentlemen’s singles draw. The 22-year-old, who is one of nine Aussies in the field, faces rising American Sebastian Korda in the opening round.

John Millman, Australia’s No.2-ranked man, has been handed a tough draw too. He plays world No.10 and Wimbledon 2019 semifinalist Roberto Bautista Agut.

In his tour return, Nick Kyrgios has been pitted against No.21 seed Ugo Humbert. This is a rematch of their epic Australian Open second-round match in February, where Kyrgios saved two match points to win in five sets.