Australians Alex de Minaur and Max Purcell have both progressed to the semifinals at an ATP 250 tournament in Eastbourne. 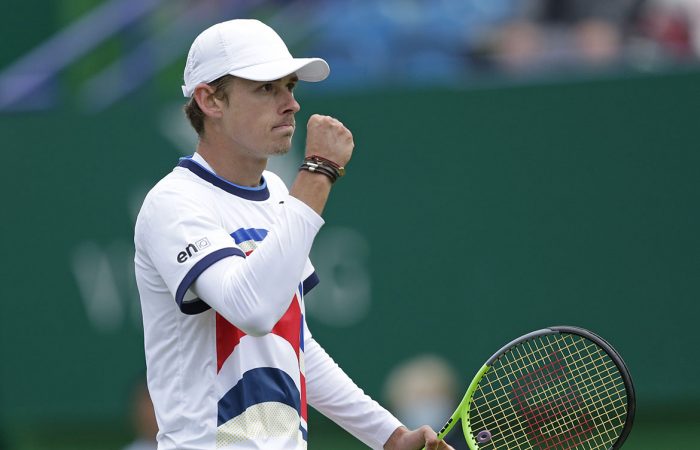 Two Australians – Alex de Minaur and Max Purcell – have advanced to the semifinals at an ATP 250 tournament in Eastbourne.

Second-seeded De Minaur is yet to lose a set this week, booking his semifinal spot with a 6-4 6-4 victory against Canadian Vasek Pospisil. It is the 22-year-old’s second tour-level semifinal in as many weeks.

“Very happy,” De Minaur said of his form. “This is a part of the season which I look forward to every year, and I feel like I have been able to gradually improve and play better and better, so I am very happy with where my game is at.”

De Minaur plays Korean Soonwoo Kwon, who entered the draw as a lucky loser, for a place in the final.

Purcell is also making the most of a lucky loser spot, continuing his career-best week with a three-set quarterfinal win against Italian veteran Andreas Seppi.

Contesting his first ATP-level quarterfinal, the 23-year-old Purcell was not intimidated by the tournament’s 2011 champion. He scored a 6-4 1-6 6-4 victory, backing up his first top-20 win against Gael Monfils in the second round.

“You have to believe, or who would want to go out there?” Purcell said. “I’ve been waiting for the right opportunity. This just happens to be the week where I’m making a little bit of a start.”

Purcell, who is currently ranked No.283 and contesting only his fourth tour-level main draw, is projected to improve almost 50 ranking spots after his efforts this week. He could rise even higher should be beat third-seeded Italian Lorenzo Sonego in the semifinals.

World No.13 Pablo Carreno Busta proved too good for Jordan Thompson in the quarterfinals at the ATP 250 tournament in Mallorca. The fourth-seeded Spaniard scored a 6-4 6-4 win against the 27-year-old Australian.