The 2021 Australian Junior Teams Championships, presented by Kia, begin on the Gold Coast tomorrow with more than 150 of the best junior players from Australia and New Zealand competing. 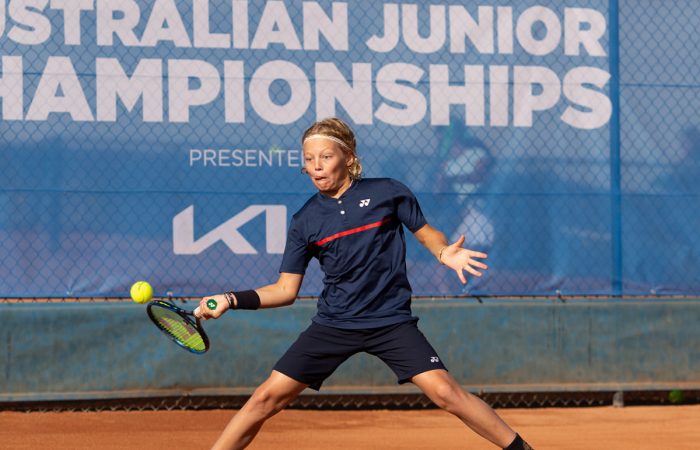 More than 150 of the best junior tennis players from across Australia and New Zealand have arrived on the Gold Coast to compete in the 2021 Australian Junior Teams Championships, presented by Kia.

The championships are being played at KDV Sport in Carrara. From 25- 29 June, the tournament will see teams competing in the 11/u and 13/u championships, with 15/u teams set to compete from 1-4 July.

Fifty-one girls’ and boys’ teams from every Australian state and territory, as well as players from New Zealand, will compete in the championships.

As part of the tournament, presenting partner Kia and a selection panel will identify the ‘Most Driven’ player from each respective age group, based on those who have displayed the values of ‘commit, compete and respect’. Winners will attend a tennis clinic with Billie Jean King Cup Captain Alicia Molik at the Australian Junior Grass-court Championships in October.

“Supporting local participation and development within the next generation of Australian tennis is of great importance to us,” said Kia Australia’s General Manager of Marketing Dean Norbiato.

“Team events are so important for players to build respect, trust and collaboration with peers, and we know how much representing your state can mean to these players,” added Australian Junior Championships Tournament Director Francis Soyer.

“We wish all the best of luck to those competing and I am sure there will be some fantastic tennis on display.”