As Wimbledon preparations continue, there are lot of Aussies competing in grass-court tournaments this week. 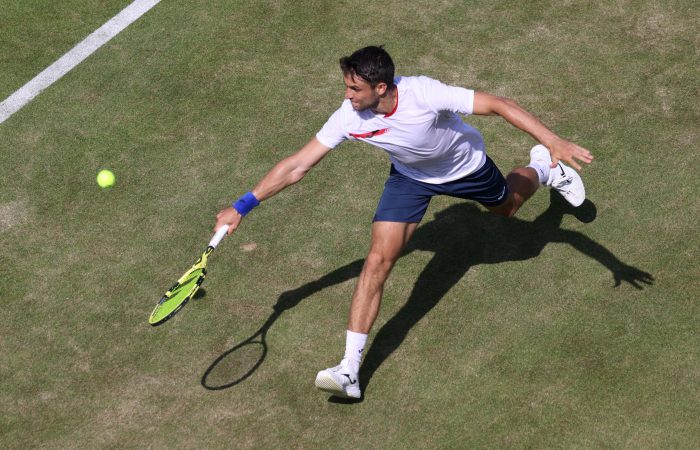 Contesting only his second professional tournament on grass, Australia’s Aleksandar Vukic has qualified for an ATP 500 tournament at Queen’s Club in London.

The 25-year-old Australian saved a match point in a 4-6 7-6(8) 6-4 victory against British wildcard Ryan Peniston.

Vukic’s reward is a first-round showdown against world No.14 Denis Shapovalov of Canada.

James Duckworth and Chris O’Connell’s qualifying bids at an ATP 500 tournament in Halle have both fallen short in three-set battles.

Their final qualifying round losses means Jordan Thompson is the sole Australian representative in the singles draw.

Sam Stosur makes her tour return at a WTA 250 tournament in Birmingham this week.

The former world No.4 faces Czech qualifier Tereza Martincova in her first match since the Adelaide International in February.

Priscilla Hon lost in the final qualifying round at a WTA 500 tournament in Berlin.

American Hailey Baptiste scored a 6-3 7-5 victory against the 23-year-old Australian, who had scored her first tour-level win in over a year to reach the final qualifying round.

World No.1 Ash Barty was set to play this event, but has withdrawn as she continues her recovery from a hip injury.